The co-founder
and icon of the of mixed martial arts apparel label, TapouT brand Charles Lewis
Jr., a.k.a., “Mask,” died in a Newport Beach car accident.

Lewis, known by the public for signature facepaint
stripes on his face, was one of the three members of the “Tapout Crew.” The three would travel the
country in a bus, scouting and promoting fighters, and were the public face for the brand's sponsorship of Spike TV's UFC reality fight fest, “The Ultimate
Fighter.”

On its website, a statement from TapouT read, “It is with
heavy hearts and great sadness that we must regretfully confirm the passing of
our beloved friend, brother and co-founder Charles “Mask” Lewis
following a car accident that occurred last night. We are currently in the
process of setting up a memorial service in his honor and will release more
details as they become available. Many thanks to all for the outpouring of
blessings and well-wishes during this incredibly difficult time.“

Tapout was founded by
Lewis Jr. and Dan Caldwell, who went by the alias “Punkass”, in 1997. It has since grown to be
the leading MMA clothing brand and enjoys a multi-million dollar annual
turnover and a close relationship with the UFC.

Foot Locker has an exclusive license for TapouT at the mall. In January,
Skechers reached an
agreement to launch a TapouT men's collection available in select
department and specialty stores across .
TapouT also recently announced licensing agreements to expand their children's and
accessories line for 2009. 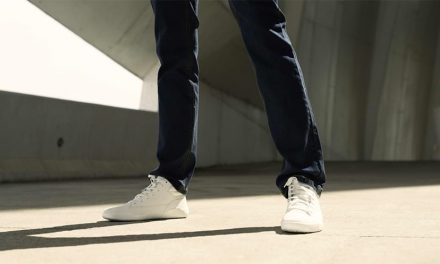