With esports revenues and viewership mounting, industry insiders believe the market is poised for continued growth as investors increasingly jump in, revenue sources evolve and technology rapidly advances. That’s according to the second annual Esports Survey of more than 200 executives conducted by law firm Foley & Lardner LLP and The Esports Observer.

This surge in esports investment is expected to come primarily from private equity and venture capital firms and from traditional professional sports teams and leagues, athletes and celebrities. Advertising and sponsorships are expected to drive the greatest portion of the industry’s revenue growth, followed by in-game purchases and media rights. Still, esports insiders worry about cheating and match fixing, are considering whether a small group of game developers has too much control and are maintaining a focus on compliance amid legal risks surrounding intellectual property rights, data protection and players’ rights.

The 2019 Esports Survey was completed by 204 professionals, primarily from esports and traditional professional sports teams and leagues, media companies and agencies.

Nearly half of respondents (47 percent) anticipate increased investment in esports from private equity and venture capital firms over the next year. That’s up from 39 percent in the 2018 survey, an indication that the sector is mature enough to draw an array of investors looking for big paydays.

“The increased involvement of private equity and venture capital firms is a clear sign that traditional investors believe in the longevity of the space and have made the financial judgment that esports is now part of the culture,” said Bobby Sharma, special adviser to Foley’s Sports & Entertainment Group. “Investors are betting on the opportunity here given the massive scale of the global competitive video gaming audience.”

47 percent of respondents also said traditional professional sports teams and leagues, athletes and celebrities would increase their investments. While that is down from the 57 percent that said the same in the 2018 survey, that should not be viewed as a sign of bearishness, but as an acknowledgement of the big bets these groups have already made. In fact, when respondents who believe the traditional sports apparatus (teams, leagues, owners, athletes, celebrities) will increase their investment in esports over the next 12 months were asked the extent to which they would do so, 88 percent said to a significant or moderate degree.

“We continue to see significant interest from traditional professional sports in investing in esports, particularly hard assets such as venue development, streaming and technology,” said Lisa Glahn, vice chair of Foley’s Construction Practice and member of the Sports & Entertainment Group. “Given the labor issues facing teams and the lack of clarity around their business model, the teams, leagues, owners and athletes who have been on the sidelines until now are often focused on deploying their funds in areas they perceive as more stable and less risky, like facility and venue construction.”

Threats to the Industry

While growth in esports investment has been sizeable and impressive, risks abound in the maturing market. When asked what poses a threat to esports’ legitimacy and growth, more than two-thirds of respondents (68 percent) pointed to cheating and match fixing. These concerns are driven primarily by inadequate fraud detection (47 percent), vulnerability to technology hacks (36 percent), susceptibility of players to bribes (36 percent) and the lack of a governing body (33 percent).

There are also worries about the grip a small number of game developers has on esports, with just 5 percent of respondents saying they do not perceive this as a problem. Respondents pointed to a variety of potential negative impacts of this dynamic, mainly publishers controlling access to data and Application Programming Interfaces (APIs) and publishers restricting team participation in tournaments or leagues, which were each identified by 47 percent of respondents. This was followed closely by the potential to halt startup development if publishers enforce IP rights (45 percent).

Similar to the 2018 survey, most respondents (70 percent) said their organizations prioritize keeping up to date on legal issues in esports and ensuring that they comply with laws and regulations. But there was an interesting change regarding specific legal issues that respondents are worried about. 61 percent of respondents said that IP rights and licensing issues is the top risk, up from 50 percent in 2018. Likewise, respondents are more worried about contracts that do not provide adequate player protections, up to 54 percent from 43 percent.

“The issue of player rights and the potential for increased union organizing are among the most prominent legal issues currently facing esports,” said Jon Israel, co-chair of Foley’s Sports & Entertainment Group. “As players have become more sophisticated in asserting their rights and ensuring fair contracts, there has been greater attention to such issues as individual endorsements and team sponsorship deals, health insurance and restrictions placed on players.”

As it did in the 2018 survey, advertising and sponsorships topped the list of areas that respondents most expect to drive esports revenue growth over the next year, with 51 percent selecting it as the most promising area in 2019, up from 41 percent.

“Many stakeholders in esports, such as teams, personalities and tournament brands, create their primary value in the currency of attention, brand awareness and reach, rather than in products and services. Consequently, advertising and sponsorships offer significant opportunities to generate revenues,” said Tobias Seck, business analyst at The Esports Observer. “In addition, as big brands continue to enter esports by engaging in sponsorships, it becomes easier for new brands to move into the space by relying on the experience and insights gained by early corporate entrants.”

Media rights, which ranked second among areas expected to drive revenue growth in last year’s survey, moved to the third spot in 2019 as in-game purchases and revenue moved up to the second-ranked spot.

“While this year’s survey saw a slight drop in the amount of esports revenue growth that respondents think will be driven by media rights in the near-term, this area is likely to be among the best long-term plays,” said Kevin Schulz, co-chair of Foley’s Sports & Entertainment Group. “As game publishers work to expand the reach of their games and as traditional television networks and distributors seek to tap lucrative advertising revenue around gaming leagues, interest in media rights deals will only continue to grow.”

“The wide range of areas in which respondents expect a rise in esports M&A activity indicates a fluid, Wild Wild West-type industry,” said Michael Wall, of counsel in Foley’s Sports & Entertainment Group. “Esports is growing rapidly, led by interest from various types of investors and both endemic and nonendemic brands. As the industry continues to mature and stabilize, we’d expect to see a decrease in M&A volume.” 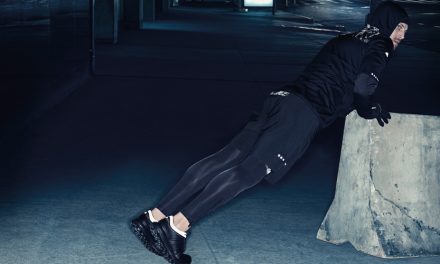