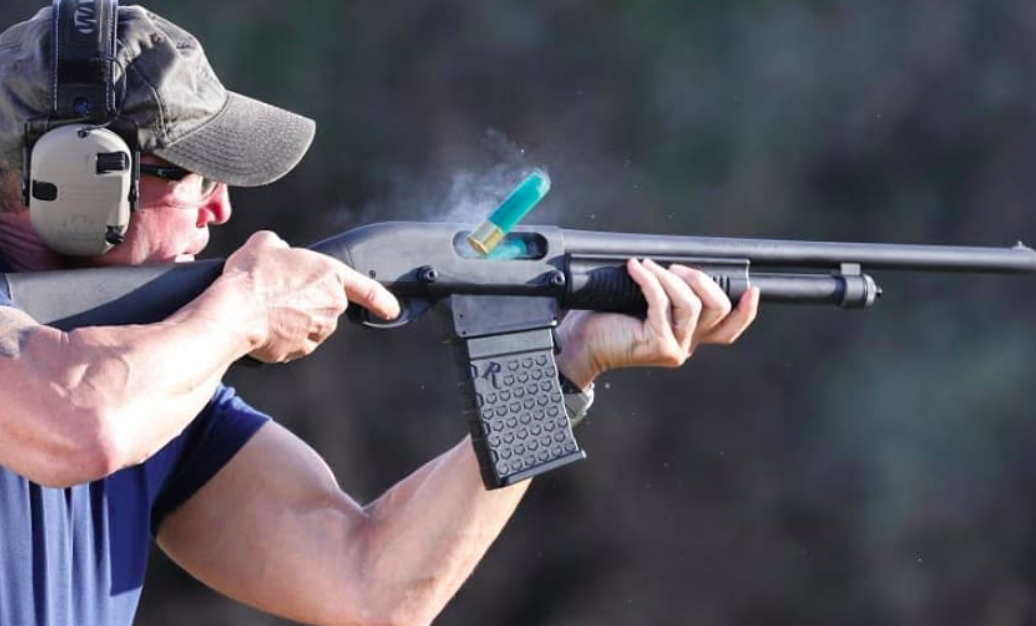 The US Supreme Court on Tuesday declined to hear an appeal on a lawsuit against Remington Arms Co, effectively allowing the families of victims of the 2012 Sandy Hook Elementary School shooting in Newtown, CT, to sue Remington.

The court opted not to hear the gun-maker’s appeal, in a decision that was announced Tuesday morning. The justices did not include any comment about the case, Remington Arms Co. v. Soto.

Remington had appealed to the highest federal court after the Connecticut Supreme Court allowed the Sandy Hook lawsuit to proceed in March. In recent court filings, Remington says the case “presents a nationally important question” about U.S. gun laws — namely, how to interpret the 2005 Protection of Lawful Commerce in Arms Act, which grants broad immunity to gun-makers and dealers from prosecution over crimes committed with their products.

Remington manufactured the Bushmaster AR-15-style rifle that Adam Lanza used on December 14, 2012, to kill 20 first-graders and six adults at the elementary school in Newtown, Conn.

The families, which first filed their lawsuit in December 2014, argue that Remington violated Connecticut law when it “knowingly marketed and promoted the Bushmaster XM15-E2S rifle for use in assaults against human beings.” They argue that the AR-15–style rifle, which a shooter used to kill 26 people at Sandy Hook Elementary School in December 2012, was marketed to emphasize its capabilities in war and even to promote its use by a lone gunman. As one ad put it: “Forces of opposition, bow down. You are single-handedly outnumbered.”

While the suit initially centered on a claim of negligent entrustment — or providing a gun to someone who plans to commit a crime with it — the case now hinges on how Remington marketed the gun.

The 2005 Protection of Lawful Commerce in Arms Act (PLCAA) gives gun makers and dealers sweeping legal protections from lawsuits. The law was supported by the National Rifle Association (NRF) and other gun rights advocates to prevent lawsuits that, they feared, could help cripple the firearms industry. Since the law passed, it has been repeatedly cited by courts to dismiss litigation against the gun industry.

In March, the Connecticut Supreme Court breathed ruled they can sue Remington for marketing a military-style weapon to civilians. That decision reversed a Connecticut superior court’s ruling that would have ended the case.

Remington had argued the Connecticut Supreme Court interpreted the exceptions too broadly, and appealed its case to the US Supreme Court. The gunmaker argued that the state court’s interpretation of the marketing exemption is, “intolerable given Congress’s ‘intention to create national uniformity'” with the federal law, the Protection of Lawful Commerce in Arms Act. “As the dissenters below noted, lawsuits like this one are precisely the kind the PLCAA was enacted to prevent.”

Now that the U.S. Supreme Court has declined to take up Remington’s appeal, the case will return to a lower court in Connecticut.

Depending on the outcome of the case, it could open the door to gun violence victims’ families suing gun manufacturers for damages.

“The families are grateful that the Supreme Court upheld precedent and denied Remington’s latest attempt to avoid accountability,” said Josh Koskoff, the attorney representing the families. “We are ready to resume discovery and proceed towards trial in order to shed light on Remington’s profit-driven strategy to expand the AR-15 market and court high-risk users at the expense of Americans’ safety.”

In a statement to TIME, Lawrence Keane, senior vice president and general counsel for the National Shooting Sports Foundation (NSSF), said the gun trade group was “disappointed” by the Supreme Court’s decision but “confident that Remington will prevail at trial.”

“Nothing in Remington’s advertising of these products connotes or encourages the illegal or negligent misuse of firearms,” Keane said. “We continue to feel sympathy toward the Sandy Hook victims, as NSSF is headquartered in Newtown, but Adam Lanza alone is responsible for his heinous actions.”