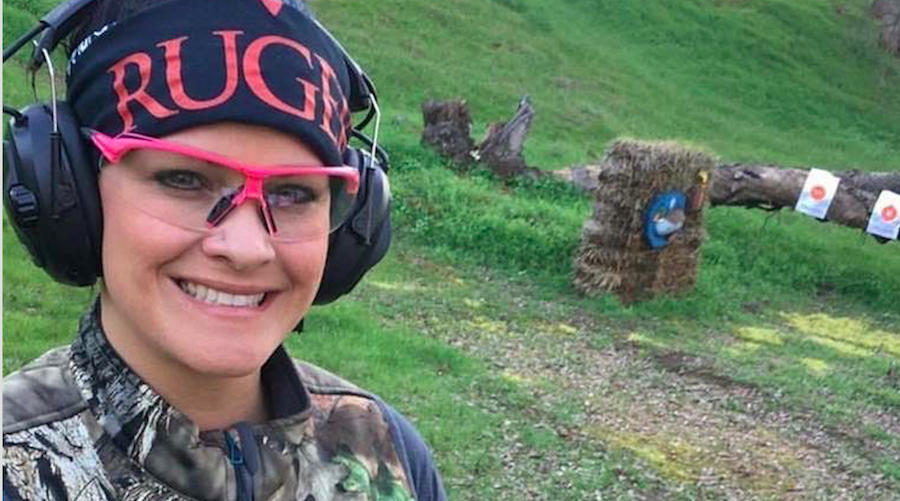 Shares of Sturm Ruger fell $4.85, or 8.4 percent, to $52.85 on Thursday after the firearms manufacturer delivered a steep decline in earnings and sale that came in even worse than expected.

The decrease in earnings was attributed to the sales decline, the unfavorable de-leveraging of fixed manufacturing costs due to the decline in production volumes, and the $2.5 million expense related to the recall of Mark IV pistols.

On a conference call with analysts, Chris Killoy, CEO, said demand for the second quarter “slowed considerably” versus the prior year. The estimated unit sell through of Ruger products from the independent distributors to retailers decreased 13 percent in the first half of 2017 from the comparable prior year period. For the same period, the National Instant Criminal Background Check System background checks or NICS decreased 7 percent.

Killoy, who became CEO on May 9 following the planned retirement of Mike Fifer, cited three primary reasons for the slowdown. First, the firearms industry experienced strong demand that lasted almost the entirely of 2016 prior to the surprise election.

“This demand was likely bolstered by the political campaigns in advance of the November 2016 elections and fell off sharply by mid-November,” said Killoy. “Remember, 2016 was a second highest year for Ruger for both sales and earnings. This surge in demand likely pulled some 2017 sales back into 2016.”

Finally, retailers and consumers were likely focused on the aggressive deals, including consumer rebates, offered by many of Ruger’s competitors. Added Killoy, “While we offered more promotions that were moderately more aggressive than last year, we did not chase our competitors’ offers to achieve better short-term results. And unlike some of our competitors we do not offer any extended payment terms to our customers, which likely would have increased our second quarter sales.”

Killoy said its payment terms remain 2 percent, due 30 days, net 40 days. He added, “We will continue to take a measured and thoughtful approach to sales promotions and rebate opportunities considering both the short-term benefits and potential long-term implications both financial and reputational.”

Killoy noted that new products, which represented 29 percent of firearm sales in the first half, “remain a key driver of our demand.” New product sales include major new products introduced in the past two years. During Q2, Ruger launched the LCRX 8 shot 22 caliber revolver, the LCP II viridian laser, the Silent SR1022 Takedown, the SP101 Mach Champion and the SR1911 in 10 millimeter. Added Killoy, “We have some exciting projects underway that I hope to discuss with you later this year in addition of what we’ve recently launched.”

Killoy added, “Remember unlike most of our competitors effectively all of our domestic firearm sales go through our network of 18 distributors. We will continue to manage our production to moderate inventory growth during the second half of 2017.”

Regarding the recall, Killoy said that the company in June discovered that Mark IV pistols manufactured prior to June 1, 2017 had the potential to discharge unintentionally if the safety is not utilized correctly. The expense of $2.5 million recorded in the quarter is expected to cover the total cost of the recall. With production of Mark IV pistols with the enhanced parts resuming in the later part of June, the reduction of Mark IV production reduced sales in the quarter by approximately $5 million.

In the Q&A session, Killoy said the liquidation sales at Gander Mountain “had some impact on a regional level,” but was only “disruptive for a short period of time.”

Asked about demand, he said Ruger this year saw “a return to a much more seasonal pattern” with a typical summer slowdown, albeit it was exacerbated by decreased demand, high inventories, and aggressive promotions and rebates. He added that it’s “not all gloom and doom” as retailers have worked down inventories.

Said Killoy, “And many retailers took advantage of promotions that were offered recently and have a relatively lower cost of inventory compared to last year. But throughout that we did generate $21 million in cash from operations during the quarter. So we certainly would have like to have sold more guns, but we’re not panicking, we’re taking a long view in this market.”

Asked to give his estimation of what the “new normal” would be, Killoy noted that the last similar shift happened in 1994 when the Republican Party captured majorities in the House of Representatives, Senate and governors mansions. But he noted that it “was a different marketplace” back then with the current market facing a wide number of new shooters, a more diverse customer base including many more  women shooters, and the spread of concealed carry permits  across states.

Added Killoy, “So, I’m much more optimistic given our customer base, I think it’s a question now of yes, 2016 was maybe a little supper charged due to some political events going on and the election. But by and large we are not hearing anything negative from our customer base, we’re just seeing they maybe take a little bit of a breather…We just have to encourage our customer base to get back up in the range, burn up and enjoy the sport and get back into the store and remember how much fun it is to start buying a few more guns for fun, not just because you think they might be banned in the future.”