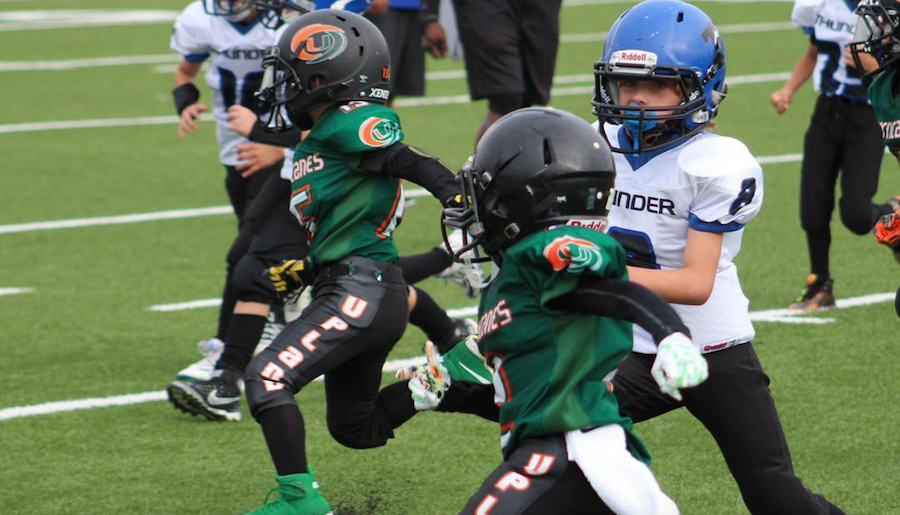 Participation in youth football by athletes under the age of 12 has more behavioral and cognitive problems later in life than those who started playing after they turned 12, according to new study from Boston University’s Chronic Traumatic Encephalopathy Center.

Those risks are in addition to more direct damage that can occur with repeated impact from head-to-head collisions that occur during football games, whether or not those impacts lead to concussions.

“Parents have a really hard decision to make, and they can’t say the science is there yet to make an easy decision based on just one study,” Robert Stern, one of the study’s senior authors and, PhD, professor of neurology, neurosurgery and anatomy and neurobiology at BUSM, told the Boston Globe. “At the same time, there is growing research on the effect of football on the brain, and we can’t ignore it.

“I’m at a point where I feel comfortable saying that, based on logic and common sense and the growing totality of the research, I don’t think kids should be playing tackle football.”

Researchers from Boston University’s Chronic Traumatic Encephalopathy (CTE) Center studied 214 former American football players, including 43 who played only through high school and 103 who played only through college. The average age of the former players at the time of the study was 51. Participants received telephone-administered cognitive tests and completed online measures of depression, behavioral regulation, apathy and executive functioning (initiating activity, problem-solving, planning and organization). Results from former players who started playing tackle football before the age of 12 were compared against those of participants who started playing at age 12 or later.

The increased risks was independent of the total number of years the participants played football, the number of concussions they reported, or whether they played through high school, college or professionally. The researchers chose the cutoff of age 12 because the brain undergoes a key period of development and maturation between the years 10-12 in males. They examined other age cutoffs as well, though the age 12 cutoff led to the most robust findings. In addition, even when a specific age cutoff was not used, younger age of first exposure to football was associated with worse clinical function.

The new study follows previous research from the BU CTE Center that examined former professional players. In those studies, the former NFL players who started tackle football prior to age 12 had worse memory and mental flexibility, as well as structural brain changes on MRI scans, compared to former players who began at age 12 or older.

“This study adds to growing research suggesting that incurring repeated head impacts through tackle football before the age of 12 can lead to a greater risk for short- and long-term neurological consequences,” said Michael Alosco, PhD, lead author of the study and a post-doctoral fellow at Boston University School of Medicine (BUSM), in a statement.

However, more research on this topic is needed before any recommendations on policy or rule changes can be made,” stated Stern.

The researchers point out there are many important health and psychosocial benefits of participating in athletics and team sports during pre-adolescence.

Researchers from the University of Wisconsin-Madison and Harvard University also participated in this study.

OIWC Teams up with Bike Industry Women at Interbike…