The Stride Rite Corp. got a nice boost from the Sperry Top-Sider business in its fiscal first quarter ended March 4, as the brand started to click in the outdoor sector in addition to its more traditional channels of distribution. The Childrens Group, Keds, and International were all in positive territory for the quarter, but Tommy Hilfiger Footwear continued its downward trend as the apparel brand suffers in the market. The company almost got back the volume lost in its Q1 last year when sales fell 10.5% from the prior year period.

Sales of the Sperry Top-Sider jumped 32% in the quarter, compared to the year-ago period as strong boat shoes sales and a trend to preppy clearly helped the brands effort in the period. The womens business was described as “up significantly” for the quarter and is seen as a real opportunity moving forward.

Children's Group sales were up 13% versus the year-ago period, with owned-retail stores delivering a 22% increase in sales for the period on a 7.8% gain in comp store sales that was attributed primarily to an earlier Easter this year. Children's Group wholesale sales increased 2% during the same period.

SRR added three net new stores in the first period for a total store count of 254 at quarter-end. Management said they were on track to open over 20 doors in 2005. At quarter-end the company had 180 childrens stores, 65 outlets, seven leased departments, and two Shoe Buzz stores. SRR decided to end their experiment with the Shoe Buzz format and will convert the stores to Stride-Rite outlets.

Keds sales were up 8% in the quarter as management worked to re-position the brand at higher price points in cleaner upper-end distribution. Stride Rite chairman and CEO David Chamberlain told analysts on the quarterly conference call that they expect the brand to see a “flat to slightly down” second quarter as they transition product and distribution.

The strategy at Keds includes more focus on athletic lifestyle product and less emphasis on sandalized product and casual footwear. The new platform is expected to help improve sales for Fall versus last year.

Tommy Hilfiger Footwear sales decreased 10% in Q1 on top of an 18% decline last year, again due primarily to the mens business and declining average selling prices. Chamberlain also said the Q1 business was hurt by the discontinuation of Hilfigers “H” line of apparel.

International sales were up 31% in the quarter versus the same period in 2004, getting nice contributions from Canada and Latin America.

Much of the increase in operating expenses, as well as the increase in inventory, was reportedly due to expansion of the owned-retail business. Earnings results for Q1 include a one penny charge related to lease accounting changes on the retail side of the business. 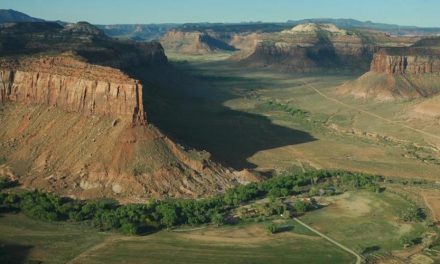 1% for the Planet Appoints New CEO