Staples is helping the USOC celebrate the store’s opening witha donation of up to $15,000 to the “Raise Our Flag” campaign, a program that allows supporters to purchase stitches in the U.S. flag that will accompany the U.S. Olympic Team at this summer’s London 2012 Games. Unlike athletes from other countries, U.S. Olympic athletes receive no government funding, making this program an essential tool for funding the team and giving fans a way to become a part of the “Team Behind the Team.”

Additionally, proceeds from Team USA Shop sales go directly to supporting U.S. athletes, and Staples Promotional Products, the largest promotional product distributor in North America and a business division of Staples Advantage, manages both retail locations as well as TeamUSAShop.com for the USOC, which is proud to accept only Visa for the purchase of all official Team USA merchandise. Staples Promotional Products also manages co-branded Olympic campaigns for more than 70 percent of all domestic and worldwide sponsors of the USOC.

“Staples is committed to helping the USOC raise funds for U.S. athletes not only through our donation to Raise Our Flag and our work with USOC sponsors, but primarily through the management of Team USA Shops,” said Staples Promotional Products Vice President and General Manager Rich Witaszak. “As U.S. athletes prepare for London and beyond, we’ll continue to provide gold-medal service at the Team USA Shops and to USOC sponsors.”

Beginning at 1:45 p.m., London 2012 U.S. Olympic BMX qualifier Arielle Martin will join USOC CEO Scott Blackmun and Witaszak for a “ribbon-shredding” ceremony to open the new Team USA Shop and kick-off a Foursquare check-in campaign which will help drive part of the $15,000 donation from Staples.

For every visitor who uses Foursquare to check-in to the Team USA store in Chula Vista, its sister store in Colorado Springs or at one of 1,500 Staples stores nationwide, Staples will contribute one dollar to the Raise Our Flag campaign. The program will run from June 13-July 12, or until it reaches $10,008  the equivalent of 834 flag stitches, which are $12 each. In addition, Staples will make a $5,004 direct donation to the campaign (417 stitches) at the Chula Vista store’s opening event.

“The USOC thanks Staples Promotional Products for its commitment to providing excellent service to Team USA Shop and for going above and beyond in its donation to the Raise Our Flag program,” said USOC Managing Director of Consumer Products and Licensing Peter Zeytoonjian. “We’re thrilled to have a presence in Chula Vista and believe the new store and its products will help Americans show their pride for Team USA and, in turn, help fund the training of U.S. athletes.” 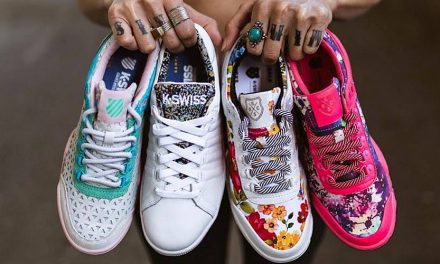