“We are pleased with our December sales performance,” said Andy Hall, president and CEO. “Our new stores performed well, all regions of the country generated positive comparable store sales results, our small market stores outperformed our larger stores, and our eCommerce platform was successfully launched. We are optimistic about January and expect the comparable store sales increase for the fourth quarter to be near the high end of our guidance range of 1% to 3%.”

The company stated that no new stores were opened during December. Looking ahead, the company plans to close three stores in January. With these closures, the company’s store count at fiscal year end will be 786 versus 758 at the end of last year. 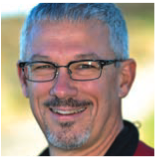