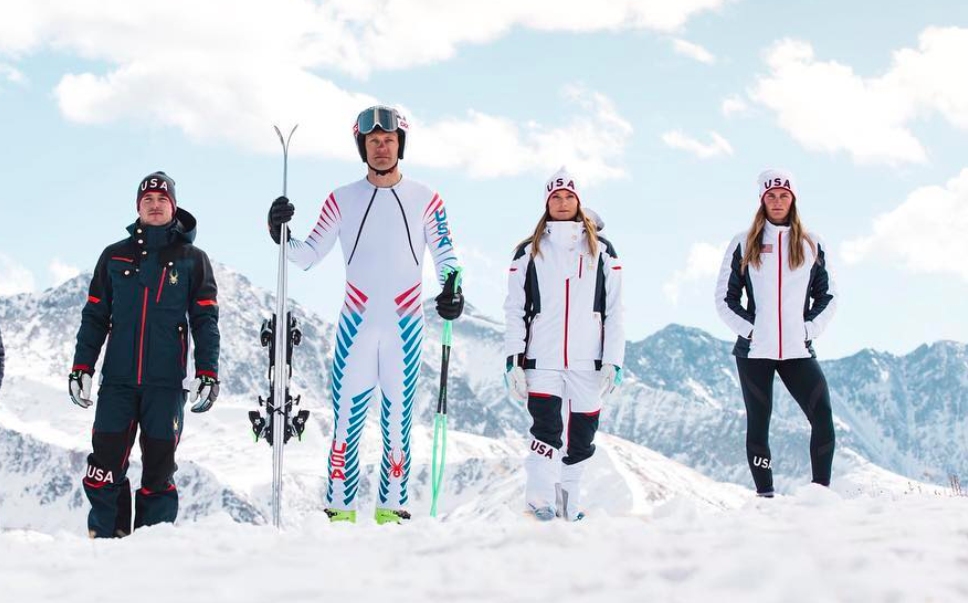 The 2018 Winter Olympic uniforms are reflective of the company’s 40-year history in ski as well as a nod to the brand’s longest-standing ambassador, Tommy Moe. Spyder launched the “Moe” apparel collection following his Gold Medal winning run in the 1994 Lillehammer, Norway Winter Olympics. The 2018 U.S. Ski Team Olympic uniform is modeled after this collection.

“We couldn’t be more proud of these uniforms,” according to Nick Adcock, CEO of Spyder. “The forthcoming Olympics will mark our eighth consecutive delivery of Olympic uniforms for the U.S. Ski Team. This achievement is amplified with the design inspiration coming from the Moe collection. Merging classic styling with new technology gave this collection the look we are known for and shows our roots in the Olympic heritage.”

The 2018 Olympic collection encompasses performance along with thoughtfully considered details. Combining elements that make the Winter Games the ultimate achievement in an athletes’ career, Spyder crafted a visual story to inspire as well as promote the true spirit of the games.

“Growing up ski racing, Tommy Moe was one of my heroes,” said Steven Nyman, U.S. Ski Team member and Spyder ambassador. “Tommy’s win in Lillehammer inspired me to train to the best of my ability every day. When the collection was released after his win, I wanted a kit so badly—I’m beyond thrilled to finally get one!”

To celebrate the reveal of the Olympic uniforms, Spyder is hosting a launch event on Friday, November 17 at 7 PM and will be open to press and the public. Located at the brand’s new pop-up shop, Spyder Ski Club, on the 29th Street Mall in Boulder, CO.

“We look forward to raising a glass to our rich history in ski, our ambassador family, and these iconic Olympic uniforms,” said Brady Collings, VP of marketing at Spyder.