Hardgoods sales, which make up anywhere between 45% to 55% of total revenues for most Sports Retailers, posted some pretty healthy gains in the retail first quarter through April. Both the athletic hardgoods and outdoor hardgoods areas posted sales increases in the low-teens in the period, according to point-of-sale data compiled by SportScanINFO, with the outdoor categories outpacing the gains seen in the team and individual sports side of the business. The increase in total sales projected in the data would translate to a low- to mid-single-digit comp sales gain, based on estimates from The SportsOneSource Group.

On the athletic hardgoods side, the Sports Retailer increase was led by double-digit gains in the team sports, sports medicine, snow sports, and bicycle categories, while tennis and fitness were negative for the period. The skating products and golf equipment business was a mix, with total sales improving in the mid-single-digits, but comping down in the low-singles for the period. The Internet/Catalog channel saw growth outpace the Sports Retailer channel by a 3:1 margin in most cases. Perhaps one of the bigger surprises was the healthy nature of the fitness equipment business in the Internet/Catalog channel, given the cost of shipping such goods.

New technology played a big part in the increases shown in the team sports categories, which increased in strong double-digits for the period in the Sports Retailer sector. Average selling prices were up considerably in the baseball/softball bat category, with dollar sales increasing in the mid-teens and unit sales up in the mid-single-digits, reflecting an increase in ASP of nearly 10% versus the first quarter last year. While the market has seen sales of basketball footwear weaken, sales of balls were up in large part on the strength of the new Never Flat technology from Spalding. The brand saw its share of the basketball business improve by more than twelve points versus the same quarter last year. Soccer balls also enjoyed robust sales on the lead up to the World Cup.

Outdoor equipment had a very solid first quarter with both Sports Retailers and Internet/Catalog retailers as early spring weather across much of the country boosted backpacking and camping equipment sales.

After several years of outdoor lifestyle apparel driving sales growth, it seems the equipment category is coming back, suggesting that more people are actually getting outside more often. For the retail first quarter through April, outdoor equipment sales increased in the mid-teens at Sports Retailers, which would indicate comp store sales growth in the mid- to high-single-digits, according to estimates by The SportsOneSource Group. Average selling prices through this channel were up in the low-singles for the period. Outdoor equipment sales through Internet retailers jumped high-teens for the same period with average selling prices climbing in the mid-singles.

There is some indication that the move to technology and better equipment in athletic hardgoods is also shifting where consumers buy their product. While sales of athletic hardgoods rose nearly 10% in the Sports Retailer sector and increased nearly three times that amount in the Internet/Catalog channel, sales of equipment in the Club/Discount/Mass sector, excluding Wal-Mart and Target, were up in the low-single-digits for the period, reflecting a mid-single-digit comp sales decline. This trend is also reflected in the consumer polling data presented by the National Sporting Goods Association last week at the NSGA Management Conference, which indicated that mass retailers were actually losing share of the dollars spent on sporting goods equipment. The exceptions to this trend in the SportScanINFO data were found in golf and tennis, where sales growth of equipment in the Club/Discount/Mass sector outpaced the Sports Retailer sector. This is perhaps due to the fact that, while full-line sporting goods stores reside at the top of the pyramid in the team sports business, they are often seen as second-tier when it comes to new technology in the golf and tennis business, which relies more heavily on green grass, pro shops, and off-course specialty to establish new product.

At Sports Retailers, several individual categories are pointing to potential increases in outdoor recreation participation. Backpack sales increased in the low-teens with over half a million units sold. Of the top ten best selling products during the quarter, five were internal frame backpacking packs and five were smaller multi-use daypacks. Sleeping bag sales are keeping pace with backpacks at Sports Retailers with a mid- to high-single-digit increase in unit sales and a low- to mid-teens increase in revenues. Tent sales outpaced this with a strong double-digit increase in revenues and units sold. Two of the more accurate barometers for backpacking participation-backpacking stoves and freeze-dried food-showed considerable increases versus Q1 last year. These metrics could present an opportunity for retailers as consumers in the Southeast prepare for this years hurricane season early.

Internet/Catalog retailers are also seeing healthy increases in several outdoor equipment categories. Backpack sales through the consumer direct channel increased in the low-30s during the first quarter and Sleeping bag sales increased in the high-teens in units and a slightly higher ASP bumped revenues up more than 20% during the quarter. On the other hand, tents saw a low- to mid-single decline in units sold and lower average selling prices add up to a nearly double-digit decline in revenues. 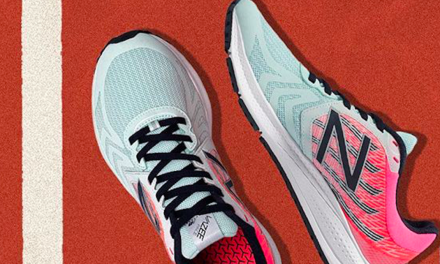 Shoes.com To Shut Down