Since 1997, Sports, Inc. has invested $430,000 through its
membership across the to fund sports related facilities and
programs.  The funding program, which is
called the “Sporting Chance Award”, is given each year to two the Sports, Inc.
members via a drawing held at one of the groups five trade shows.

The funds have been used for a variety of sports related
facilities, projects and programs through the years.  A recap is:

,
IN     Kosciusko County 4-H Shooting Sports
 Funding for equipment and supplies and construction of a new shooting
facility and rifle range improvements.

, Donation to the Greise Park Project in , which as a
community based project to develop athletics fields, basketball and tennis
courts and other facilities for area youth.
One of the soccer fields was named in memory of Dick Weinfurtner, the
former owner of Team Sporting Goods.

2001    Cecil Cahill       Mr. Cahill was a longtime Sports, Inc.
staffer who was diagnosed with Lou Gehrigs disease.  The Sports, Inc. Board, Staff and Membership
gave him the Sporting Chance funds in 2001 to help offset his medical
expenses.  Mr. Cahill passed away in
2002.

,
TN   Facility construction at the Memphis
Agricenter, site of the Ducks Unlimited Great Outdoor Festival.  The money was used to build a bird viewing
platform.

[First Year two grants are given]

Salon, OH        Donations
to local sports teams and associations, including Cleveland Indians Charities,
which impacts 15,000 youngsters in the
area.

Funded an archery program in the local schools, and funded a youth
fishing program

,         Provided 50% funding for a public
shooting range in ,
sponsored a “Learn to Shoot Day”, and sponsored Hunters Education courses.

,        Used the
money to start foundation in   The foundation is being used to fund
financial aid for local youth to participate in area sports activities.
through the Charlottesville Area Community Foundation.

,    Building a public shooting range in in cooperation
with the county and state fish, wildlife and parks department.

Built a playground at the citys baseball complex, and the
city council voted to name the playground after the stores founder, Bill
Steadman.  Steadmans also used the funds
to remodel the entrance to their local high school stadium and to support
Special Olympics in .

Allowed local schools to submit a “Wish List” of items
they needed buy could not afford, and used the funds to fill as many of the
requests as they could.

The 2000 award winner, Dick Carlson of Carlsons
in Red Wing, MN said, “It is a great asset to belong to an organization like
Sports, Inc. that puts the interests of furthering sports in such high
regard.  The Sporting Chance Award is a
direct benefit of this philosophy.”

One of the winners, Russell Taylor of Steadmans Sport
Center in , said, “We could not have done it without
Sports, Inc.”

Sports, Inc. is a member-owned buying organization
headquartered in   The company has 400 members in its
group. 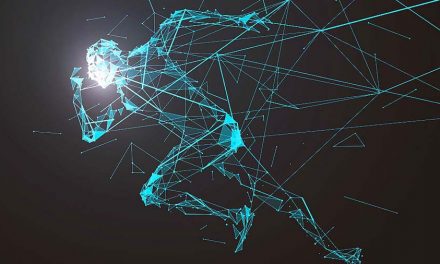