Sports, Inc. Hands Out Half Million Dollar Dividend to Members

“There were many factors that contributed to Sports, Inc.'s record year in 2011,” said Sports, Inc. CEO Todd Adams.  “First and foremost was that our membership is comprised of some of the best independent business owners in the country.  The amount of money Sports, Inc. was able to put back into the members’ pockets this year is indicative of both their strong businesses and their support of Sports, Inc.”

Sports, Inc. is a 100 percent member-owned group, and each of the over 400 members owns an equal share of common stock in the company.  Because of the common ownership structure of the group, all current members received a portion of the $525,797 Patronage Rebate in April.  That half million dollars pushed the total amount of cash rebates Sports, Inc. sent to members in 2011 over the $21 million mark.

Sports, Inc. is a national sporting goods buying group with over 400 members and 550 locations in all 50 states.  Sports, Inc. member dealers account for over $1.5 billion in sales annually, servicing all aspects of the sporting goods industry.  Sports, Inc. was established as a member-owned group in 1965 and is headquartered in Lewistown, Mont. 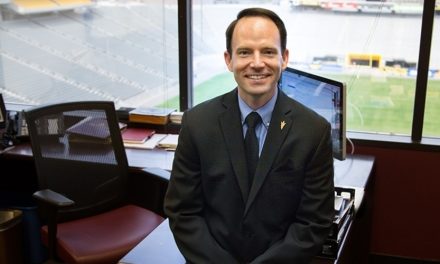