Sports Direct confirmed ahead of its annual general meeting that sales in its new generation flagship stores continue to exceed internal expectations as Sports Direct moves towards becoming the “Selfridges” of sport.

Under the plan, Sports Direct is elevating its store portfolio in the UK and elsewhere, typically through relocating smaller format stores to new generation stores in order to elevate its retail space and improve the experience for both customers and third-party brand partners.

The outlook remained unchanged since the one provided on July 20. The guidance calls for underling EBITDA in the region of approximately 5 percent to 15 percent during FY18.

Chief Executive Mike Ashley said: “We remain fully focussed on our strategic goal of moving our core business towards the ‘Selfridges’ of sport in order to further strengthen our proposition and drive long-term profitability. We will continue to build on the positive progress that we have made over the last 12 months, which we outlined during a very constructive meeting with stakeholders in July. Further details of this progress are contained in our Annual Report 2017. I would once again like to thank the people at Sports Direct for their magnificent efforts.”

On a separate matter, in response to recent media speculation about Flannels, the company clarified that it now owns 100 percent of Flannels.  The Board anticipates this acquisition will significantly enhance earnings in our Premium Lifestyle division in the medium to long-term. Flannels founder Neil Prosser “will remain an integral part of our Premium Lifestyle division.” 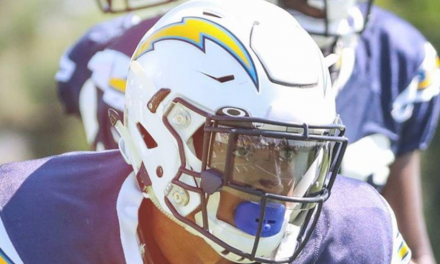