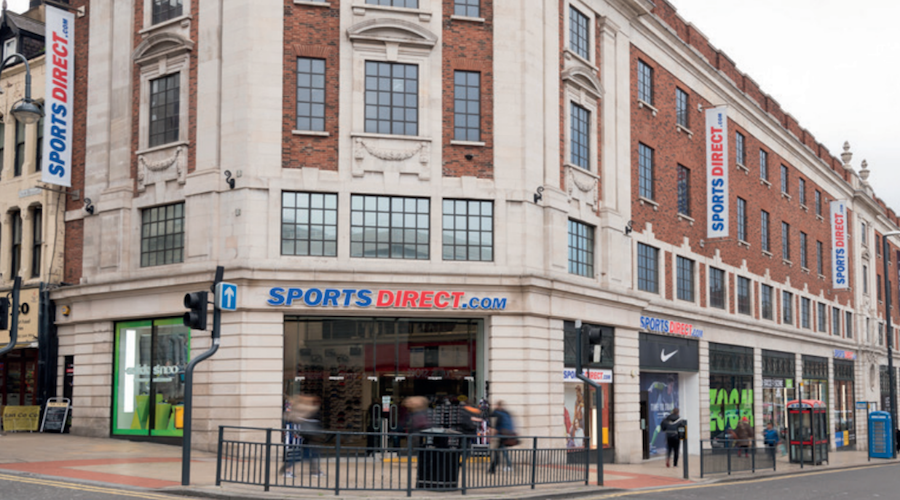 In a regulatory filing, Sports Direct said the acquisition will provide Sports Direct “with a footprint in U.S. bricks-and-mortar retail and a platform from which to grow U.S. on-line sales.”

The acquisition is expected to be completed in the first half of May.

In late March, Eastern Outfitters, facing protests about a planned sale from unsecured creditors, agreed to hold a private sale to Sports Direct rather than hold a bankruptcy auction as part of a deal reached with unsecured creditors.

According to the statement from Sports Direct, Eastern Outfitters incurred a pre-tax net operating loss of $26 million in its year ended January 28. On that date, the gross assets of the businesses being acquired was $126 million.

Sports Direct operates approximately 800 stores. Of its store base, about 55 percent are in England, with the rest located across Europe. Sales in its last fiscal year ended April 24, 2016 were £2.9 billion ($3.7 billion).

The core part of its business is Sports Retail, which made up 86 percent of sales in its last fiscal year. The flagship banner is Sportsdirect.com, which like its American counterparts places a heavy focus on the industry’s big three brands – Nike, Adidas and Under Armour. It also carries a strong value message. The Sports Retail segment also includes Lillywhites as well as four specialty stores: Field & Trek, Sweatshop.com, Direct Golf.co.UK.com and RobinsonsEquestrian.com.

Sports Direct’s Brands division makes up 8 percent of revenues and includes Everlast, Karrimor, Lonsdale, No Fear and Slazenger. A third segment, making up 6 percent of revenues, is its Premium Lifestyle division that includes a number of U.K. based lifestyle stores: Flannels, USC, Cruise and Van Mildert.

The acquisition attracted much wider coverage in the U.K. media.

Speaking to the BBC, Nicholas Hyett, equity analyst, Hargreaves Lansdown, said the “rationale for today’s deal is pretty clear. Eastern Mountain will serve as a starter pack, providing the group with feet on the ground from which to launch a wider US strategy, a strategy that looks set to be led by online sales.”

Some U.K. analysts, however, felt the Sports Direct should be more focused on its recently announced strategy to upgrade the positioning of its U.K. stores. According to a report from analysts at Peel Hunt, “To us, this should be all-encompassing, and should leave absolutely no management time for anything else. What is not required, in our view, is a major (and not inexpensive) distraction, 3,000 miles away.”

The Eastern Outfitters bankruptcy court approval also comes as Sports Direct acquired a 7.9 percent stake in The Finish Line Inc., according to a regulatory filing. The stake would make Sports Direct the fifth-largest shareholder of Finish Line.

Sports Direct indicated it made the purchases for investment purposes and come as Finish Line’s shares recently dropped to a six-and-a-half-year low after reporting a poor first quarter.

Sports Direct has a history of taking strategic stakes in related companies including Debenhams, JD Sports and the online specialist Findel. Sports Direct had also in the past acquired a small stake in Dick’s Sporting Goods. In early February, it acquired an 11 percent stake in French Connection. Sports Direct generally holds such stakes for investment purposes rather than takeover intentions, but the publicly held retailer is said to be under pressure to meet its growth targets.