The National Retail Federation said two sporting goods retailers were among the 20 finalists of its “This is Retail” video contest, determined from scoring by prominent retail executives at NRF member companies.

Public viewing of and voting for the Top 20 videos begin April 3 at retailmeansjobs.com/vote.

The top 20 finalists in alphabetical order are as follows:

“The incredible stories we heard from small business owners and employees through this contest serve as a reminder that retail is at the heart of every community,” said NRF President and CEO Matthew Shay. “While each of these finalists has their own story, they collectively demonstrate the opportunities in and power of retail, which supports 42 million U.S. jobs.”

The selection process will continue through April as the top 20 videos go head-to-head in a bracket-style tournament, each week being narrowed down to the top 10, five and finally the top three. Beginning April 3, anyone can cast a vote for their favorite videos through NRF’s Retail Means Jobs website, voting up to 10 times a day per matchup. The videos with the most votes before the end of each six-day period will move on to the next round. The contest’s top three finalists will be announced on May 1, and will be flown to NRF’s Washington Leadership Conference for the announcement of the contest rankings on May 16. The first place winner will receive $25,000 with $15,000 for second place and $10,000 for third place.

Contest finalists were selected by a panel of retail executives from NRF member companies. The judges, who visited NRF’s office in Washington on March 27 to view the top 40 submissions, scored videos based on multiple categories including visual appeal and effectiveness of the use of the key video contest themes.

NRF’s “This is Retail” video contest is a part of the association’s multi-faceted Retail Means Jobs campaign. The contest, officially announced in January at Retail’s BIG Show, was designed to promote retail as a career and demonstrate the multitude of career choices available within the retail industry. 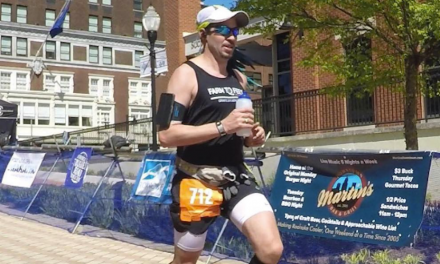