Sport Supply Group, Inc. said its fourth-quarter results “appear higher” than the year-ago period and as much as double current consensus analyst expectations for the quarter of 8 cents per share. Given the strength of Q408, the company predicted FY08 revenues would be above $250 million and FY08 EPS in a range of 75 cents to 77 cents, up from the previous range of 65 cents to 73 cents. Sport Supply Group also introduced FY09 EPS guidance (starting July 1, 2008) of 85 cents to 95 cents per fully diluted share outstanding.


Sports Supply also noted that cash-on-hand increased 58% from $13.0 million to $20.5 million as of June 30, 2008.
Chairman and CEO Adam Blumenfeld stated that preliminary results for the quarter ended June 30, 2008 indicate nearly 10% organic sales growth, significant gross margin expansion and SG&A expenses lower than the prior year for the second straight quarterly period.
He said the company continues to evaluate a number of options to expand its footprint in the space and further leverage its “scalable business platform and ever-strengthening balance sheet,” which he said had approximately $20.5 million cash on-hand as of June 30, up 58% since the end of the fiscal third quarter.   He hinted that the repurchase of common stock and/or the repurchase of outstanding convertible debentures were a possible use for the cash and credit facility.
RBI forecast GAAP EPS guidance of 85 cents to 95 cents per fully diluted outstanding share for Fiscal 2009. 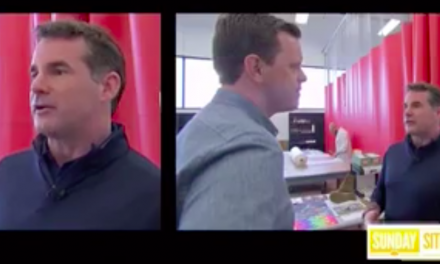