The decrease in sales is primarily due to a comparable store sales decrease of $10.1 million, or 3.1 percent, and a sales decrease of $8.6 million from the closure of four underperforming stores. Sales in its Team Sales Division also slid $3.1 million, or 21.0 percent, due to the departure and recent replacement of several sales representatives, as well as the impact of Action Pass redemption activity. Those declines were only partially offset by an increase of $2.1 million, or 30.2 percent, in online sales and sales from the one new concept store. The comparable store sales decrease of 3.1 percent was primarily due to the unseasonably warm and dry winter weather experienced in the second half of fiscal 2014 as well as a weaker-than-anticipated retail sales environment.

Gross profit decreased $8.3 million, or 8.4 percent, and as a percent of sales decreased to 26.5 percent from 27.5 percent. The decrease in gross profit is primarily the result of the decrease in sales as well as an increase in promotional activity to stimulate sales. Occupancy costs related to the new store were offset by the savings from the store closures.

Selling, general and administrative expenses (“SG&A”) decreased $1.2 million, or 1.3 percent. The decrease is primarily due to a decrease of $1.3 million in labor to align with sales trends. As a percent of sales, SG&A increased to 26.4 percent from 25.5 percent due to the decline in sales, partially offset by the decline in SG&A expenses. SG&A related to the new store was offset by the savings from the store closures.

The filing noted as a result of its continued losses and its desire to strengthen its financial position and liquidity, on June 27, 2014, it entered into a term loan credit facility with Crystal Financial SBIC LP for advances up to $15 million. The term loan credit facility is structured in conjunction with its existing lender's revolving credit facility for a total combined facility of $90 million and is secured by a second security position on all its assets and capital stock in its subsidiaries, subject only to a first position in favor of the lender's revolving credit facility. The amount SPCH may borrow under the Combined Credit Facility is limited to a percentage of

In June, it also entered into a third amendment to its October 2010 amended and restated credit facility with its existing bank, Bank of America, N.A., which was previously amended in August 2013 and May 2012. The third amendment provides the lender's consent to a term loan credit facility with Crystal Financial SBIC LP. It also incorporates an additional reserve against borrowing base availability as protection for the term loan lenders against “over advances” on the revolving credit facility.

Rocky Signs On For Field and Stream Competition 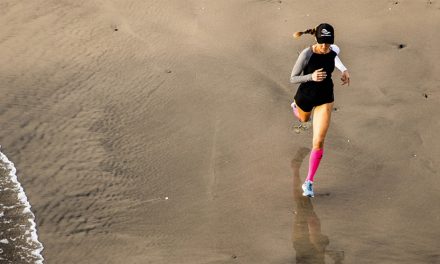