Sport Chalet, Inc. saw sales and earnings decline as the retailer found conducting business in the Southern California market to be a tough thing to do. The retailer did see “fairly good strength” in men’s apparel business along with the fitness business. However, the womens apparel business was described as the largest challenge with footwear difficult as well. In addition, the lake business, meaning products used on the water at inland locations, saw a significant negative impact in the back portion of the quarter as gas prices shot past $5 a gallon.


The overall business was said to have been better in April and May, but worsened in June with the downward trend continuing to some degree into the current quarter.
Transactions were down in the double-digits for the fiscal first quarter, but average ticket was up 7.6%. Units per transaction were “dead flat” to last year.
Eight new stores not included in same store sales contributed $5.5 million in sales for the quarter while same store sales decreased 11.1%. Same-store sales were negatively impacted primarily by soft macroeconomic conditions and, to a lesser extent, new store openings by the company and competitors in certain markets.
Gross profit as a percent of sales was 26.1% compared to 28.6% for the first quarter of last year. The decline was primarily due to increased rent as a percent of sales in newer stores. Selling, general and administrative expenses as a percent of sales increased to 29.8% from 25.9% in the same period last year, reflecting the decrease in comparable store sales and the expenses associated with new stores, which take time to ramp up.
Net loss for the first quarter of 2009 was $4.5 million, or 32 cents per diluted share, compared to a net loss of $664,000, or 5 cents per diluted share, for the first quarter last year. 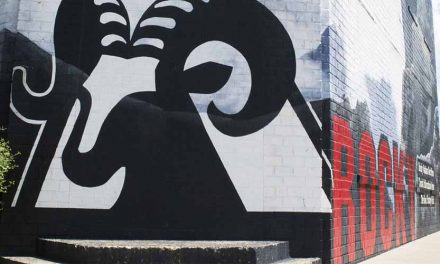