Most of the key stories featured in the annual year in review issues of The B.O.S.S. Report  over the last five years have been centered around mergers & acquisitions as private equity and strategic buyers rushed into the space, throwing around easy money that made the OR Show look like a Silicon Valley love fest before the bubble burst.  Well, the bubble hasnt exactly burst, but there is little fresh air being pumped into it either as the sub-prime mortgage market continues to impact the broader credit markets.

The Green Movement, a signature of the outdoor industry for many years, has now become the hottest marketing theme around the globe, with Detroit and Madison Avenue both finding new ways to dilute this important message by attaching it to everything in sight.  Add a Nobel Peace Prize to the mix and people forget that its the message and not the messenger, prompting some to wonder if 2007 may have been the year when the issue of global warming, sustainability and the environment have been relegated to nothing more than a marketing slogan for oil companies and car manufacturers.  The market only has to look as far as the longest-presidential-campaign-in-history to realize that one of the most important initiatives for this market has become a footnote in the discussion.

Still, the outdoor industry as a whole made some solid strides on the public policy front, thanks in large part to the leadership of Outdoor Industry Association.   Approximately 60 manufacturers formed the Eco Working Group to determine how to reduce the industrys environmental footprint.  The group, which includes pioneers Nike, Timberland and REI, is sharing best practices. It will also develop metrics which companies can adopt to measure their progress in reducing consumption, waste and emissions.

The fund offers 50/50 matching grants to the states for the development of local parks and recreational areas.

The issue of climate change – whether it be long-term or short-term – is seen as a macro initiative for many in the outdoor market.  Protect our playground and therefore our livelihood, say many.  But for some, the issue hit very close to home again in 2007 as rising temperatures and lack of snow and rain have led to record bankruptcies and closing business.  You cant paddle on a dry river and theres little reason to go to a mountain with no snow.  The pressure from big box retail helped push some over the edge.  Among the victims were Sunnys Great Outdoors and Princeton Ski Shop. The two companies filed bankruptcy and closed nearly 20 stores in the Northeast and Mid-Atlantic areas, respectively. Both companies said unseasonably warm weather left them short on cash and long on inventory.

Adventure 16 President John Mead acknowledged 2007 was a tough year, in large part due to another horrendous fire in San Diego Countys backcountry.  Much of our outdoor playground in Southern California was temporarily destroyed,” said Mead.  The 14-store chain now has to contend with the prospect of Dicks Sporting Goods entering their market in a big way after the retailer acquired the Chicks Sporting Goods chain late in the year.

A Turn in the Weather?

No one is yet predicting that Al Gore will be forced to give back his prize, but the year did end on a high note for many retailers as the snow began to pile up relatively early across much of the country.  Dry, warm winters have wreaked havoc on the ski industry and hurt watersports across the country in recent years.   As B.O.S.S. went to press, a monster storm was heading east after dumping a foot of snow in the Sierras.  Much of the northern half of the country was buried under as much as 15 inches of snow.

“The general outlook is very positive for us with the weather,” said David Ingemie, president of the Snow Sports Industries Association. “The snow has been on the weather map since October. Most retailers have done already what they did in all of last year.”

Lines Between Retail and Vendor Start to Blur…

The sporting goods world tilted slightly more vertical in 2007. In a game of role reversal, stores moved into the brand building business, while several brands moved more aggressively into store operations.  Dick's Sporting Goods reached exclusive deals for a number of private brands, including Nike ACG, Umbro and Field & Stream.  Private label/brands have helped DKS meet and exceed its plan for the exclusive business to represent 15% and has now decided to stop reporting the size of the private label/brands business in its quarterly and annual reports filed with the SEC.  Not to be completely outdone, The Sports Authority reached an agreement with Collective Licensing International to license the Sims brand in Snowboard and added a number of exclusive brands in golf as well.

While brands and retailers may still be consolidating, there seems to be little capital available to finance consolidation among vendors, said Nathan Pund, founder and principal at Silver Steep Partners. The credit crunch and the fact that the big boys seem to have sated their appetite for acquisition means 2008 is shaping up as a weak year for M&A activity.

“Dealflow will slow down considerably,” predicted Pund. “The number of well developed fast-growing, highly profitable brands is just about exhausted. Most of those have sold.”

Quicksilver, for instance, has cleaned up its portfolio. VF, meanwhile, has filled in most of the gaps in its portfolio. The big unknowns are Amer Sports and Jarden Corp.  The latter acquired K2 Inc. in 2007.

No one knows whether its Jarden Outdoor Solutions, which was placed under a new CEO in November, will keep acquiring or divest some of its holdings. The business brands now include Abu Garcia, Coleman, K2, Marker, Marmot, Penn, Rawlings, Sevylor and Volkl.  Amer Sports, which owns Wilson, Suunto, Atomic, Precor and Solomon, has also been conspicuously silent.

Columbia, meanwhile, is always on the prowl for a good deal, but as a disciplined buyer may be reluctant to pull the trigger at current valuation levels.

“The number of strategic buyers is diminished,” said Pund.

There were no ground breaking product innovations in 2007, but there were some bright spots. Particularly noteworthy was vibrant footwear sales, growth in trail fitness and a resurgent travel market

But Wall Street Still Has a Few Favorites…

As exemplified in the chart on the right, the public market still likes a good story and there wasnt many better than the turnaround at Deckers engineered by Angel Martinez.  Much of the energy surrounds unique footwear that crosses over nicely from performance to lifestyle, capturing the attention of consumers tired of the old performance footwear looks and unimpressed by the hoopla stirred up by the fashion athletic trend (or fad).

“We are delighted to see what is happening in footwear,” said Mead. “Fun stuff that is coming out with outdoor heritage that is useful and practical. (Keen, Merrell, Patagonia, Sanuk, Simple). We see that as a growth area. How many times do you come in to buy a pair of boots or trailer runners? But everyone wears shoes every day.”

Its all part of the brand convergence that is going on with fashion companies crossing over into the outdoor world and visa versa, said Pund.

“Fashion is no longer a dirty world in the outdoor world,” said Pund. “Retailers understand they need to walk a very tight rope between a product that performs for a very narrow outdoor pursuit and something that can be used for everyday use. Ability to bridge a look that fits a daily use as well as performs at the higher intended use is going to be a continuing push in the outdoor world.” 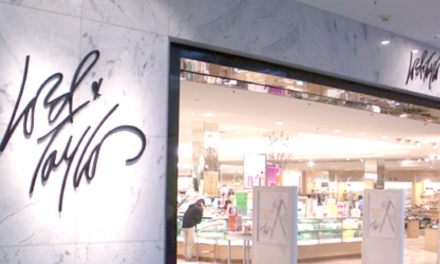