Specialty Snow Sports retailers struggled through a chaotic winter this year with weather impacting hardgoods sales in the East and Midwest and decent, stable weather in much of the Rockies and west-coast. While softgoods sales accelerated to offset part of the decline in hardgoods, overall sales at specialty were slightly below last year. At chain stores, SIAs research partner, The Leisure Trends group, is estimating that sales increased roughly 2% to $550 million. That would put the overall Snow Sports industry at $2.35 billion for the year, a slight increase compared to last years $2.34 billion.

While the overall results for the season were flat, March was actually a solid month for many retailers. A late cold snap helped keep apparel margins and average selling prices high, while at the same time it cleared out some of the heavily over-stocked equipment inventories at retail. For the month, apparel increased 8% at specialty retail, while equipment increased 7%.

For the entire 06-07 season, the 8% increase in apparel sales bolstered the category to the dominant position at specialty retail, accounting for roughly 35% of all sales compared to 31% for equipment and 34% for accessories. In their year-end report, SIA points out that apparel “has become a safe, weatherproof inventory investment for specialty retailers,” and “apparels advantage is that it appeals to a much broader customer base.” However, retailers are also aware that attracting this broader audience is only the first step  finding a way to send them out to the slopes is the end goal.

Soft shells and fleece drove most of the sales in the apparel category this year with 22% and 29% increases, respectively. However, the popularity of soft shells is coming at the expense of hard shells, which showed a sales decline of 10% for the season. Insulated parkas also sold well this year, with a 21% increase for the season.

Snow Sports retailers and vendors are making considerable headway in the womens apparel market as well. Since the 01-02 season, womens apparel sales have doubled and now account for 47% of all apparel sold, compared to just 34% five years ago.

Sales patterns in apparel are showing a more fashion-driven consumer is shopping at Snow Sports specialty retail. Soft shell and hard shell bottoms for alpine ski and snowboard, items that are usually only purchased by participants, all showed a mid-single-digit sales decline for the season.

This slowing trend in core participant spending heavily impacted equipment sales this season. Overall hardgoods sales were down 9% for the 06-07 season with Nordic, Telemark and snowboard equipment all showing double-digit declines. Alpine equipment was down 5%. The only hardgoods category to show any gains was Randonee/AT equipment, which had an increase of 8%.

In spite of nearly all categories showing losses, there were some strong niches in certain specialized Snow Sports equipment sub-categories. In alpine equipment, integrated ski systems continue to increase in popularity with a 5% increase in sales this year in spite of slightly lower average selling prices. The increase was primarily driven by a 20% gain in mid-fat ski system sales and an 82% increase in fat ski systems. This gain was partially offset by double-digit declines in carve ski systems.

While Nordic equipment sales had a very strong March, with sales up 36% for the one-month period, it was not enough to offset the declines experienced throughout the rest of the year. For the entire season, ski sales were down 27%, bindings were down 31% and boots declined 22%.

Telemark equipment sales dropped 31% for the season, likely due to the technological advancements in randonee and the promise of step-in, releasable telemark boot/binding interfaces in the near future.

Snowboard equipment showed similar declines. Board sales were down 10%, boots declined 17%, and bindings fell 12% for the season. All mountain boards were the only category of board to show any increase with a strong 31% increase on higher units sold and ASPs. Retailers were discounting their inventory heavily during the seasons last month as carryover board sales soared 865% in March, bringing the season to-date increase to 75%.

>>>One retailer told SportsOneSource, “The start of the season used to be Thanksgiving, then we pushed it back to Christmas, but lately it looks like its Presidents Day and we get our whole season in one month”

First Apparel and Sleeping Bag Makers Certified to Down Standard 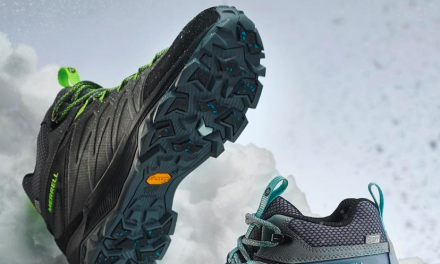 Wolverine’s Q4 Boosted By Momentum At Merrell And Sperry