Snowsport Sales for the 2009/2010 season were up 4% over last season, according to the SIA Retail Audit. Snow sport retailers sold $2.94 billion this season compared to $2.82 billion a year ago. Although sales were up in dollars, fewer units were sold this season.


The 2009/2010 season began with limited cash flow and tighter credit, caused by the most severe economic downturn since the Great Depression.  Before the season even started pre-season orders were down 10% to 40% and inventories, that were already smaller due to heavy carryover sales last season, stayed small.  In fact, inventories started out this season 9% leaner than they were at the beginning of the 2008/2009 season.  Small inventories meant that snow sports products were scarcer than normal and retailers sold fewer items at deep discounts. This season, fewer units were sold, but they were sold at higher prices, resulting in higher margins, an increase in dollars sold, leaner inventories at the end of the season and a generally healthier year for snow sports retailers.

“Business really picked up in February and March when the snow started falling again and we finished the season with a smaller inventory and stronger sales,” stated Randy Morgan, owner of Outpost SunSport, Fort Collins, CO.

Total sales through all channels this season did not top the record breaking 2007/2008 season, but it comes in second highest in history for dollars sold.  Apparel led sales this season with $1.1 billion, with accessories sales totals close behind at $1 billion.  Equipment has been outsold by both apparel and accessories categories since the 2006/2007 season.  This year, alpine, Nordic, and AT/Randonee equipment sales were up, while telemark and snowboard equipment sales slipped.

Snow Sports Specialty, $1.8 billion – Down 3% in units and up 4% in dollars
Alpine ski equipment sales increased 5% in dollars on strong sales of fat skis (>80mm waist width), high performance alpine boots and high end bindings (DIN 12+).  Carryover unit sales of alpine equipment fell 15% for skis and 13% for boots.  Snowboard equipment finished the 2009/2010 season in decline with unit sales down 7% and dollars sold down 4%.  Many snowboard buyers are still looking for bargains and snowboard carryover sales have increased 16% in units and 19% in dollars.  In fact, snowboard and telemark were the only equipment categories that have brought in fewer dollars this season compared to last season.  Overall, more dollars sold coupled with decreased units sales indicated some scarcity in the marketplace and the long awaited arrival of higher consumer tolerance for bigger price tags. Inventories are down 9.5% in specialty shops overall and down 15% in the equipment category at the season”s end.   Average retail prices for snow sports gear has increased 7% overall in specialty, driving better margins and ensuring better cash flow for specialty retailers as they prepare for the 2010/2011 snow sports season.

Internet, $597 million – Up 1% in units, up 9.5% in dollars
This season, the Internet channel is not the place to go for low end snow sports gear at rock bottom prices.  Average prices for equipment, apparel and accessories are closer to even with brick and mortar specialty and far higher than chain store average prices.  When shipping and service are considered, online pricing may be higher in several categories like snowboard equipment, where the average specialty price for this season”s adult gear was $198.67 and the average online price was $197.07.

Overall, online sales are leveling off after three seasons of hyperactive growth.  This season’s 1% increase in units sales coupled with a 7% increase in average prices online indicate that this sales channel is well on its way to maturity.  The channel continues to grow and equipment sales led the way with 10% growth in units sold and 15% growth in dollars sold.  The snowboard equipment category realized its only sales gain in the Internet channel.  Snowboard equipment sales increased 17% in unit sales and 20% in dollar sold during the 2009/2010 season.  Internet sales include sales through clicks only establishments that have no brick and mortar shop for customers to visit, as well as, online sales in shops with a brick and mortar location and a commerce enabled website for their customers.  Many of the sales reported come from brick and mortar establishments that are reaching customers online and in the shop.
Chain Stores, $563 million -Down 4% in units and flat in dollars
Many chain stores are carrying less equipment this season and that is clearly reflected in the 18% decline in units sold and 13% decrease in dollars sold.  Alpine sales were off 15% in units, Nordic equipment unit sales are off 29% and snowboard equipment sales are down 19% in units sold in chain stores this season.  In fact, 61% of skis and 54% of snowboards sold were carryover sales, meaning that they were sold below average retail cost.  Chain stores sell far less equipment than specialty or online sales channels.  In fact, chain stores sold fewer than 13% of all snow sports equipment sold this season.  Even the traditionally strong apparel sales in chain stores have fallen off this season with declines of 4.5% in units and less than a 1% in dollars sold.  Accessories like hats, helmets, goggles and wax account for about 40% of all snow sports related sales in chain stores.  Accessory sales have declined 3% in units but people spent 5% more dollars on them this season.  Helmets are leading the way in the accessories category with increases of 26% in units sold and 26% in dollars sold.  Overall, consumers choose chain stores for lower prices and more selection but with significant decreases in equipment sales, snow sports customers may look to specialty shops again for their high end equipment and expertise during the 2010/2011 season and beyond.

West:  Western states followed the overall market pattern with declines in unit sales but an increase in dollars sold.  In fact, unit sales were down 4% while dollar sales increased 4%, representing $23.5 million more dollars sold in the region.  Fewer skis, snowboards and apparel sold at higher prices, driving up margins and overall revenue in the Western states this season.
Northeast:  Sales in the Northeastern specialty shops accounted for 29% of all specialty sales this season.  Sales were down 8% in units sold and up 1% in dollars sold to $502 million for the season.
South:  El Nino drove sales in the South this season with record snow in places like Houston and lower than average temperatures all winter.  Sales in Southern snow sports specialty shops finished the 2009/2010 season up 15% in units sold and up 17% in dollars sold to $274 million, an increase of $46.5 million. 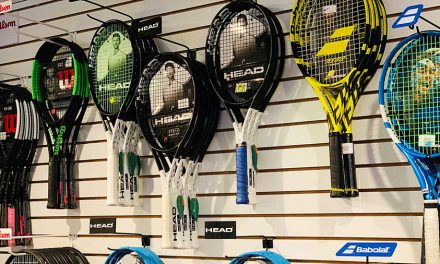