Smith and Wesson Slashes Guidance Amid Gut of Competitors Firearms

The company lowered full-year guidance on GAAP earnings per diluted share from continuing operations of 89 cents and 94 cents from $1.30 to $1.40. That guidance assumes that competitors have scaled back production and that purchases of firearms sales will peak in the October through December quarter as they normally do. It also assumes continued strong consumer demand for concealed-carry, or small frame pistols, such as the M&P Bodyguard and Shield 9-millimeter  and .40-caliber pistols, as well as the larger Smith & Wesson 1911 pistols and M&P15 Sport rifles.

“We believe that the current environment reflects high inventories industry-wide resulting from channel replenishment that occurred following an earlier surge in consumer buying,” said SWHC President and CEO James Debney. “We expect that these conditions will have the largest impact on our second fiscal quarter, especially on sales of our modern sporting rifles, and that we will return to a more normalized environment in the second half of our current fiscal year.”

The dramatically lower guidance came even though SWHC fiscal first quarter, which is typically the slowest of the year, met or exceeded its June guidance.  Net sales declined $39.2 million, or 22.9 percent, to $131.9 million, compared with the fiscal first quarter ended July 31, 2013, or within its guidance of $130.0 million to $135.0 million. A decline in the sales of long guns, including modern sporting rifles, drove 87 percent of the decline. Demand remained strong for the company's small concealed carry polymer pistols and revolvers, but were more than offset by lower sales of large frame polymer pistols.

Gross profit for the first quarter was $49.1 million, or 37.2 percent of net sales, compared with gross profit of $72.8 million, or 42.6 percent of net sales, for the comparable quarter last year.  While gross margin was favorably impacted by the company's acquisition of the assets of its principal injection molding supplier in May, total gross profit declined as a result of reduced sales volumes of modern sporting rifles and related decreases in fixed-cost absorption, combined with three fewer production days versus the first quarter last year.

SWHC reported its inventory at $86.7 million at the end of the fiscal first quarter, which ended June 31, down 14.4 percent from a year earlier. Debney said the company would like to see inventory levels between $75 million and $80 given current market conditions.  While Smith & Wesson inventory in the channel continued to grow and remained above its preferred eight-week threshold, Debney asserted that competitors' inventory was significantly higher.

While there is an industrywide glut in modern sporting rifles and ammo, Debney said M&P22 rim-fire ammo remains scarce. Supplies of center-fire ammo  improved during the quarter. 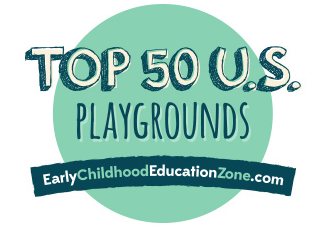 The 50 Top Summer Camps For Kids