For the 12-month period ended April 30, 2010, which includes periods prior to the acquisition, USR's revenue grew by 66%.

Michael F. Golden, Smith & Wesson President and Chief Executive Officer, said, “In fiscal 2010, we continued to execute on our strategy to grow the firearm business while expanding into new and growing areas of safety, security, and protection.  We delivered annual growth in sales, gross margin, and net income; we diversified our revenue base; and we established an important presence in the expanding market for perimeter security products. Although the period of heightened consumer demand, which began in fiscal 2009, subsided in mid-fiscal 2010, we grew our firearm sales, supported by a broad product portfolio that was strengthened with new products.  At the same time, we diversified our revenue base by entering the military and commercial markets for perimeter security through our acquisition of Universal Safety Response (USR) in July 2009.

“This business delivered exceptional year-over-year sales growth, broadening our total company revenue base with significant non-consumer business.  At the end of the fourth quarter, total company backlog grew to $143.1 million, up sequentially by 23%, largely driven by new firearm products, especially our highly anticipated BODYGUARD® line of personal protection handguns with integrated laser sights.  We are initiating full year sales guidance for fiscal 2011 of between $430 million to $445 million, compared with sales of $406.2 million in fiscal 2010.  This guidance incorporates substantial ongoing growth at USR.”

William F. Spengler, Executive Vice President and Chief Financial Officer, said, “Fiscal 2010 was a solid year of execution and improved financial performance.  Total company sales grew by a double digit percentage for the fifth consecutive year, and Adjusted EBITDAS grew by 48%.  At the same time, we continued to closely monitor the balance sheet and had approximately $40 million in cash at fiscal year end, despite the acquisition of USR and the payoff of debt during the year, and without accessing our revolving line of credit.”

Firearm sales for the fourth quarter of fiscal 2010 exceeded company expectations, driven by strong demand for the company's M&P15-22 tactical rifles and Walther firearms.  In addition, the company completed development on a number of new products.

The SD9 and SD40 Self Defense polymer pistols, launched at this year's NRA show and designed for home protection, were readied for production in the fourth fiscal quarter and began shipping in May.  The BODYGUARD® Series of revolvers and pistols, designed for the consumer concealed carry market, were also readied for production and are shipping during the first quarter of fiscal 2011. Hunting firearm sales stabilized in the fourth quarter.

Firearm order backlog was $108.0 million at the end of the fourth quarter of fiscal 2010, up $33.8 million, or 45% over backlog of $74.2 million at the end of the prior sequential quarter, driven by new products.  It should be noted that backlog consists of orders received that have not yet shipped and that could be cancelled.  Therefore, the firearm backlog may not be indicative of future sales.

Perimeter Security sales for the fourth quarter of fiscal 2010 grew $2.7 million, or 25%, to $13.6 million compared with the fourth quarter of fiscal 2009.  This result was less than company expectations, primarily due to a change in the underlying estimates associated with the company's revenue recognition, one customer's deferral of a significant order into future quarters, and generally longer sales cycles.

During the quarter, the company completed a number of projects, including the design and installation of a perimeter access control point that includes the company's GRAB® Barrier System at the Port Authority of New York and New Jersey's John F. Kennedy International (JFK) Airport.

The company continued to expand its proprietary product portfolio by completing the development of its new Extreme Mobile Barrier (EMB), a system that combines energy absorbing technology into an innovative, reusable, and lightweight active barrier.  The EMB was successfully demonstrated to a large European customer in May of 2010 and is currently scheduled for domestic crash-test rating certification in August of this year.

Perimeter Security order backlog was $35.1 million at the end of the fourth quarter of fiscal 2010, approximately $7.4 million lower than backlog of $42.5 million at the end of the prior sequential quarter. The sequential quarterly decline in backlog was due primarily to a lengthening of sales cycles. Perimeter security backlog consists primarily of project-oriented contracts that deliver progress payments and are not typically cancelled.  Therefore, perimeter security backlog is reasonably indicative of future sales, but is subject to significant timing variations depending on the size, nature, and scope of each order within the total backlog at any given period of time.

Gross profit for fiscal 2010 increased as a result of the growth in sales, while gross profit as a percentage of net revenue increased as a result of improved efficiencies in the firearm business. Gross profit for the year was also favorably impacted by reduced warranty expense, lower promotional spending, and higher production volumes, as well as by cost reductions and manufacturing efficiencies at the company's Rochester, New Hampshire facility.

The acquisition of USR had a slightly unfavorable impact on total company gross profit as a percentage of net revenue, resulting from the amortization of acquisition-related intangibles, which have now largely concluded and due to additional costs incurred on selected contracts during the year.

At the end of fiscal 2010, the company had $39.9 million in cash and cash equivalents on hand and had no borrowings under its $60.0 million revolving line of credit.

Smith & Wesson is outlining the following information related to the anticipated performance of the company's Firearm and Perimeter Security Divisions:

First quarter guidance also reflects that the company is aggressively addressing the qualification process for international firearm customers, which is contributing to the delay, or in some cases the cancellation, of some international orders.  Fiscal first quarter 2011 Firearm Division sales are anticipated to be between $75 million and $78 million with the company's Perimeter Security Division contributing the balance. Total company gross profit margin in the fiscal first quarter of 2011 is anticipated to be between 31% and 32%. Operating expense is expected to be 25% to 27% of sales, reflecting the inclusion of USR and investments in both divisions. 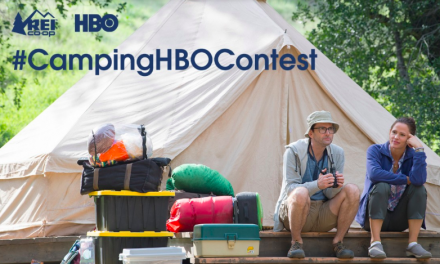