Robert C. Skinner, Jr. was elected chairman of Kellwood Company effective February 1, 2006. He will also continue in his roles of president and chief executive officer. Skinner succeeds Hal J. Upbin, who is retiring as chairman on January 31, 2006.

“The Board and I are confident and pleased with the leadership Bob has
demonstrated as president and CEO. We believe the strategy he has established to
position the Company for success and future growth will serve our shareholders well as
he assumes the chairmanship of Kellwood,” said Upbin.

“We have set the stage to build a stronger Kellwood through our continued focus
on developing and acquiring great brands, rebalancing our portfolio, and strengthening
our management team. I look forward to leading our Kellwood associates as we continue
the strategic transformation of the Company,” stated Skinner.

Skinner was named chief executive officer in June 2005. He was elected to the
Kellwood Board in June 2004, and president and COO in December 2003. From March
2002 until December 2003, he served as Kellwood corporate vice president with overall
responsibility for Menswear, Intimate Apparel and Childrenswear. Skinner joined
Kellwood in 2000 as president of the Companys Menswear division. Prior to Kellwood,
he was president of Oxford Shirt Group for 13 years, and corporate vice president of
Oxford Industries for his last two years there. 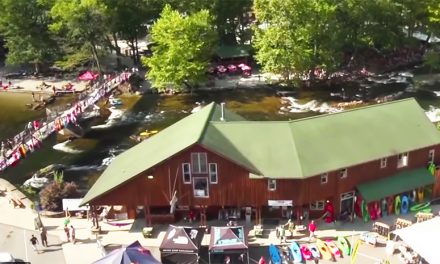