Even with the success of integrated ski systems, overall equipment sales (alpine, snowboard, Nordic and telemark) were down 3% in dollars as compared to last season with sales totaling $604.7 million through February 2004. For the fifth straight month this season, equipment sales are tracking behind as compared to last seasons sales. Alpine equipment (including skis, boots, bindings, poles and systems) contributed to the decline this period, tracking 13% behind in dollar sales this season over last.

Alpine skis, excluding integrated systems, fell 20% in dollars over last season, ending February 2004 with $114.1 million in sales. Even the lower retail prices (down 10%) did not spur sales. Substantial dollar decreases came from carve skis (down 37% to $13.5 million), ski boards (down 34% to $3.2 million) and midfat skis (down 27% to $61.5 million). Through February, 39,000 carve skis were sold, down from 63,000 last season. In contrast, carve ski dollar sales are growing in chain stores prompted by a $72 jump in average retail price this season over last.

Retailers found a new niche this season. Fat ski sales managed a healthy jump of 24% in dollars over last season ending February with $7.6 million in sales. “Fatter under the foot” continues to be the present trend. The season-to-date retail price of $520 is $30 cheaper than last seasons price.

Carryover ski sales rose 23% in dollars to $10.5 million. One out of every 7.4 pairs of alpine skis sold (excluding systems) was a carryover unit.

14% in dollars due to falling sales in recreation boots (down 40% to $14 million), soft boots (down 29% to $8.7 million) and high performance boots (down 18% to $56.5 million). Soft boots continued their decline as average retail prices plunged from $326 to $260 in February, a 20% drop. In line with their ski sales, carryoverboots also continued to track well this season with a 10% increase over last season.

Snowboard (up 15% to $91.6 million), boot (up 14% to $58.8 million) and binding (up 17% to $46.8 million) sales all increased at similar paces this season over last. All mountain (up 48% to $7.7 million) and carryoversnowboard (up 53% to $7.1 million) sales performed remarkably well as compared to last season. All mountain boards, which represent 8% of the snowboard dollars sold this season, maintained an average retail price of $234 through February, down from $240 last season. Freestyle boards continued to gain popularity with sales reaching $36.6 million through February 2004. These boards accounted for 40% of the dollars thus far this season. Freeride board sales were flat as compared to last season.

Although accessory sales were up 9% in chain stores, the accessories category in specialty stores was down 1% in dollars to $521.4 million through February 2004. Equipment accessories, in particular, declined 10% due to substantial drops in snow deck/skate and helmet sales, 53% and 28%, respectively. Snowshoes cushioned these declines with a healthy jump of 22% over last season up to $16 million through February 2004. Sunglasses, auto racks and goggles each declined 4%, respectively.

For the month of February, s pecialty apparel sales (including tops, bottoms and snowboard) were up 9% in dollars to $82.8 million as compared to $73.7 million in February 2003. Insulated parkas, soft shells and snowboard apparel continued to perform exceptionally well this season in part due to the cold weather on the East Coast. When comparing this season to last, insulated parka sales were up 20% to $109.2 million. Women propelled insulated parka sales up 27% in dollars over last season.

Soft shell parkas have doubled their sales over last season. At an average retail price of $202 in February, they were up a substantial 104% in dollars to $12.6 million. Soft shell waist pants performed almost as well as their parka counterparts, jumping 92% in dollars over last season to $1.8 million. The brutal weather also helped contribute to very good fleece and base layer apparel sales. As compared to last season, fleece tops were up 26% to $58 million and base layer apparel up 15% to $71.7 million.

By the end of February, all snowboard apparel was up a considerable 17% in dollars to $91.2 million in sales for the season thus far. In particular, junior snowboard tops and womens snowboard bottoms continued to see increased sales over last season, gaining 25% and 22%, respectively. The average retail price for all snowboard bottoms fell $7 from last season to $102. Carryover snowboard apparel continues to be very popular with riders this season. Sales almost doubled this season, up 73% in dollars to $7.3 million through February 2004.

Overall sales at specialty stores were up 1% in dollars to $1.61 billion for August 2003 through February 2004 as compared to $1.59 billion for the same period last season. “Strong performers in the specialty stores this period included integrated ski systems, snowboard equipment and alpine and snowboard apparel,” said Christine Martinez, market research manager for SnowSports Industries America (SIA), the not-for-profit industry trade group that represents manufacturers and distributors of snow sports products. Unit sales at specialty stores were up from last season tracking 4.8% ahead. Sales for the month of February in specialty stores were $266.5 million compared to $273 million in February 2003, a decrease of 2.4%. Unit sales dropped for the month by 1.5%.

Overall sales for the entire winter sport market (including specialty and chain stores), increased slightly by 1.4% in dollars to $2.06 billion for August 2003 through February 2004 as compared to $2.03 billion for the same period last season according to the SIA Retail Audit. Unit sales were ahead 4.6%. The SIA Retail Audit tracks and reports sales in all snow sports product categories. This is the fifth report of six that look at sales through March 31, 2004, the end of the winter season. 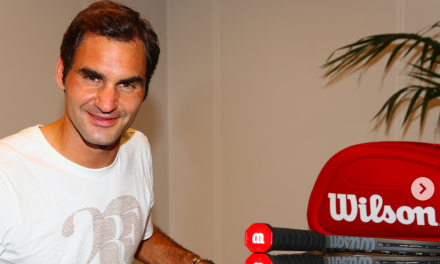