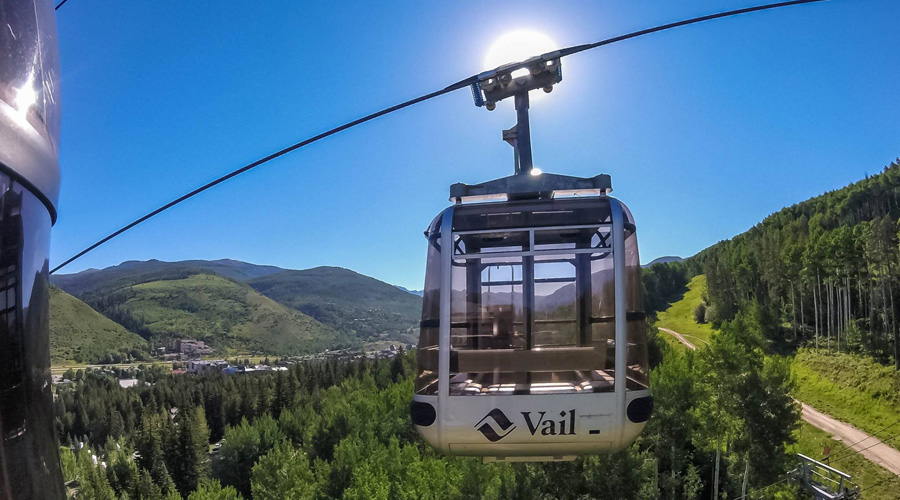 The performance pushed combined occupancy for all participating western destinations in the Rocky Mountain and Far West regions up 9.9 percent for the season-to-date period of May 1 through June 30, according to  the most recent Mountain Market Briefing distributed by Denver-based DestiMetrics.*

Lodging revenues at those resorts increased 14.5 percent in June and 6.6 percent for the season through the end of June.

“Although global turmoil and economic volatility remain long-term concerns for the travel industry, at this point we aren’t seeing any cooling in the red hot summer booking trends,” reported Ralf Garrison, director of DestiMetrics. “Summer mountain vacations are much more affordable than their winter counterparts and since many visitors arrive from more regionally based drive markets, they are less vulnerable to the broader markets swings and shifts,” he added.

Overall bookings made in June for arrivals in the full six months of summer (May through October) are also up 7.5 percent with increases being reported in every month except August.

In a sharp shift from last month’s economic indicators, the news was generally positive in the major categories. The Consumer Confidence Index (CCI) jumped up 6.1 percent in June to close at its highest level since January 2016. However, the Briefing pointed out that this month’s consumer survey was taken prior to the “Brexit” vote for the United Kingdom to leave the European Union (EU). The unexpected result of the election did create volatility in some markets and may be reflected in July’s survey. And although the Dow Jones Industrial Average had some steep ups and down during June, it ultimately finished the month up 0.8 percent.

“Although this was a seemingly modest gain in the Dow, it does represent the second largest increase in the past nine months,” explained Tom Foley, director of operations for DestiMetrics. “Gains in the early part of the month were offset by dramatic declines following the unexpected outcome of the ‘Brexit’ vote and that election result may continue to shake up financial markets in the months ahead,” he added.

The National Unemployment Rate grew slightly in June from 4.7 to 4.9 percent but as Foley explained, this was a good thing. “Employers added a very strong 287,000 new jobs during June which was a dramatic improvement over the previous two months with 144,000 new jobs in May and only 11,000 in April,” he explained. “That many new jobs attracted long-term unemployed back to the job market.”

A regional view shows that the Far West resorts (California, Nevada, Oregon) with their well-established summer business are reporting strong aggregated numbers for the summer with a 4.1 percent increase in occupancy and an 8.2 percent increase in revenue compared to last year. However, they are showing a minor dip in both categories during August. Aggregated figures for the Rocky Mountain resorts (Colorado, Utah, Wyoming) where the growth opportunities are stronger than the Far West as they continue to emerge into full-fledged summer destinations, are impressive with an 11.1 percent increase in occupancy and a dramatic 18.4 percent gain in revenue for the season. In both regions, September is the rising star of bookings with the Far West enjoying a 36.4 percent surge in revenue and the Rocky Mountains reporting a striking 25.7 percent increase over last summer.

“At the current pace, both the Far West and the Rocky Mountain regions are excelling at capturing new visitors,” said Garrison. “And because of that growing appeal to an ever-widening audience of summer travelers, this summer is shaping up to set a fifth consecutive record and could approach winter occupancy levels at several resorts although daily rates are significantly lower,” revealed Garrison.