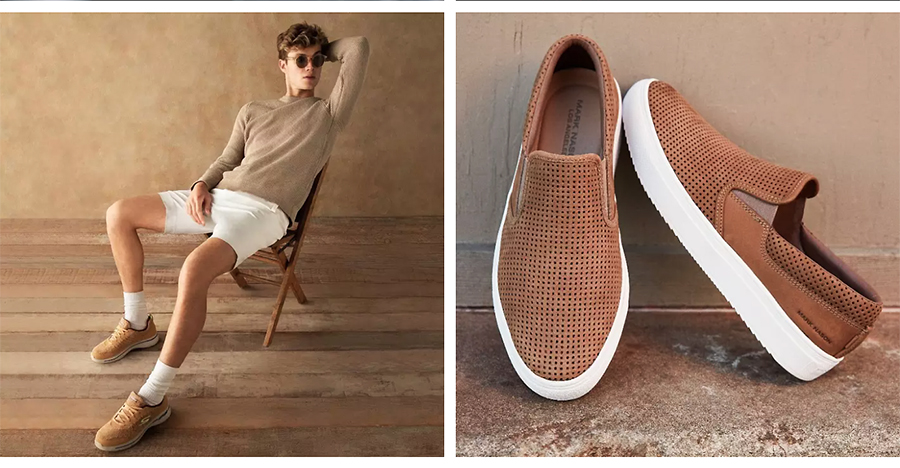 “Skechers new sales record in the first quarter is a remarkable achievement, especially given the lockdown measures in many key countries, including across Europe,” began Robert Greenberg, CEO, Skechers. “This significant growth is the result of continued demand for Skechers product as consumers desire comfort and quality in their footwear and walking remains a top COVID-19 pandemic activity. With warmer weather and increased vaccination rates around the world, traffic is improving in many of our retail stores, and our digital business continues to be a very strong growth driver. In the first quarter, we increased our marketing efforts in the United States and supported many open international markets, including the airing of new campaigns with football coach, Jon Gruden and sports analyst, Howie Long—both for Arch Fit shoes, and a Super Bowl spot with commentator, Tony Romo, for Max Cushioning footwear. In addition, we ran Brooke Burke Arch Fit and Skechers apparel commercials, and multiple campaigns, on traditional and digital platforms. As a comfort technology company, Skechers received several product awards for our sport, running and golf shoes, and we were named company of the Year from leading industry trade publication Footwear Plus. Despite the ongoing challenges related to the pandemic, we are pleased with our exceptional start to 2021 and believe our growth is a testament to our execution and the relevance of the Skechers brand.”

“The momentum we experienced in the second half of 2020 continued into the first quarter as we achieved revenue growth of 15.0 percent over the same period in 2020, and an exceptional 12 percent increase over the first quarter of 2019. This resulted in the company’s first quarterly sales of over $1.4 billion,” stated David Weinberg, COO, Skechers. “The positive results were due to a 20.2 percent increase in our international business and an 8.5 percent increase in domestic sales compared to 2020. Driving the quarterly growth was a 23.8 percent increase in our International Wholesale, led by triple-digit growth in China, an 18.1 percent improvement in our direct-to-consumer business, with March being the strongest sales month, and a 143.0 percent increase in domestic e-commerce. Domestic Wholesale decreased 0.9 percent due to timing of shipments. Nonetheless, we saw strength across customer types and encouraging sell-through in multiple categories. The momentum in our direct-to-consumer business along with continuing demand for our comfort product, leads us to believe that Skechers’ remains on a positive trajectory.”

Gross margin increased 350 basis points to 47.6 percent as a result of increased margins in both the International Wholesale and Direct-to-Consumer segments. The strong margin performance was driven by an increase in selling price across all channels and a favorable mix of e-commerce sales.

Net earnings were $98.6 million and diluted earnings per share were 63 cents a share, from $49.1 million, or 32 cents, a year ago. Results easily topped Wall Street’s consensus estimate of 49 cents a share.

In the first quarter, the company’s effective income tax rate was 20.2 percent driven by profitability in higher tax jurisdictions such as the U.S. and China.

“Skechers record setting first quarter, in the midst of a global pandemic, is a reflection of the strength of our brand and product offering, combined with outstanding execution,” stated John Vandemore, CFO, Skechers. “Despite headwinds across the globe, we achieved triple-digit growth in e-commerce and China, and resurgent growth in domestic retail, all of which we believe are evidence of the potential for our brand. Additionally, our continued investments to support our growth initiatives are on track to provide long-term value to the business and for shareholders.”