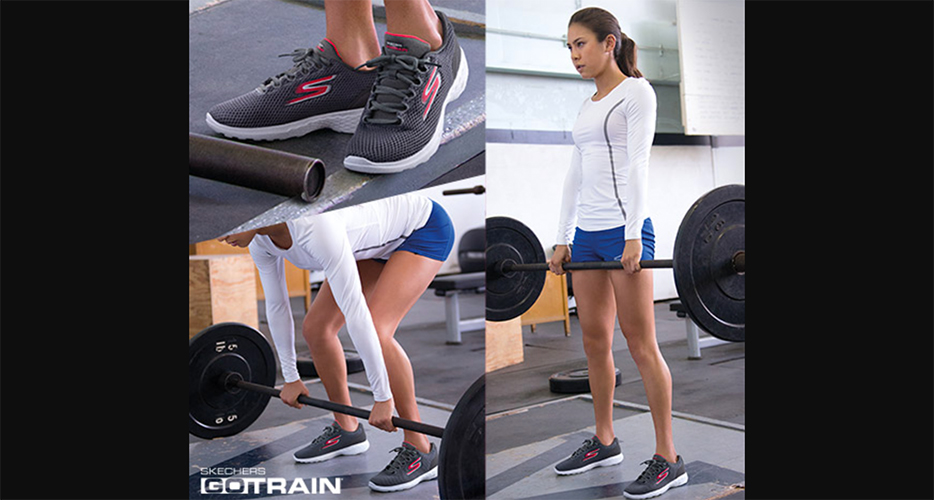 Skechers USA Inc. reported sales of $1.30 billion in the third quarter ended September 30, a 3.9 percent decrease year-over-year, but a 78.3 percent increase from the second quarter 2020. On an adjusted basis, earnings per share were down 20.9 percent to 53  cents, easily topping Wall Street’s consensus target of 34 cents.

“As we continued to navigate through the global pandemic in the third quarter, we capitalized on our core strengths of comfort, style, innovation and quality at a reasonable price,” began Robert Greenberg, chief executive officer of Skechers. “Skechers integrates these strengths into every collection and makes them accessible to consumers globally. Whether people continue to work remotely or return to their offices, we offer them a brand they know and trust to deliver the comfort they want. Our men’s and women’s athletic casual footwear and sandal styles experienced the strongest growth. Further, we grew our Skechers Kids business in North America despite delays to in-person classroom learning for many kids. We continue to drive sales and support our retail partners through marketing efforts that drive product awareness and inspire consumers to shop online and in stores. In the third quarter, this included the launch of our commercial featuring Dodgers ace pitcher and world champion Clayton Kershaw. Though the pandemic is still impacting economies around the world, we are confident in our product offering and our team’s ability to drive sales around the world.”

“Our third-quarter sales were a significant accomplishment during a challenging period. As countries emerged from the crisis, Skechers experienced meaningful sequential sales improvement from the second quarter of 78.3 percent. We also saw a return to growth in many markets and a positive sequential trend in the quarter with September being our strongest month. This resulted in third-quarter revenues of $1.30 billion, just a 3.9 percent decrease over the same period last year,” stated David Weinberg, chief operating officer of Skechers. “Our domestic wholesale business returned to mid-single-digit growth as our accounts replenished with product that was in demand, and key international markets also experienced growth—especially China, Germany and Australia with strong double-digit increases. The demand in our eCommerce channels continued, and we also saw strength in our re-opened big box stores. In the third quarter, we offered consumers alternative means to shop for Skechers through the launch of a new initiative to buy products online and pick up in-store or curbside at Skechers retail locations across the United States. We also opened 24 company-owned stores planned prior to COVID—including flagship locations on Rue de Rivoli in Paris, Oxford Circus in London, Shinjuku in Tokyo, and two stores in Colombia, bringing our store count to 3,770. To fuel future growth in our business, we continue to invest in our infrastructure, expanding our distribution centers in Europe and North America, opening a new logistic center in the United Kingdom, and nearing completion of our distribution center in China. Despite this difficult year, we believe our focus on building our digital initiatives and supply chain while delivering comfortable footwear globally, will result in an even stronger brand as the world continues to normalize.”

Sales decreased 3.9 percent as a result of a 4.1 percent decrease in the company’s international business and a 3.7 percent decrease in its domestic business. Declines in the company’s international business were driven by lower distributor and retail sales, partially offset by increases in its joint venture and subsidiary sales, including the growth of 23.9 percent in China and 18.1 percent in Europe. Declines in the company’s domestic business were driven by lower retail sales, partially offset by the growth of 172.1 percent in eCommerce sales and growth in its domestic wholesale business.

Gross margins remained relatively flat at 48.1 percent as a result of higher promotional activity internationally, partially offset by a favorable mix of online and international sales.

SG&A expenses increased $24.3 million, or 4.7 percent in the quarter. Selling expenses decreased by $11.6 million, or 11.9 percent, primarily due to lower global marketing expenses. General and administrative expenses increased by $35.9 million, or 8.7 percent. The increase was primarily the result of an $18.2 million one-time, non-cash compensation charge related to the cancellation of restricted share grants associated with a legal settlement, as well as volume-driven increases in warehouse and distribution expenses in both its international and domestic businesses.

In the third quarter, the company’s effective income tax rate was 15.4 percent.

“Skechers third quarter results illustrate the strength and resilience of our brand, as business across the globe began to recover from the effects of the global pandemic. There were many bright spots, from a return to growth in our domestic wholesale channel and continued strength in e-commerce to resurgent growth in China and Europe,” said John Vandemore, chief financial officer of Skechers. “We continue to invest for growth, including increased penetration in our direct-to-consumer channel, evident in new stores and an enhanced digital presence, as well as improved global distribution infrastructure. We firmly believe that our focused strategy on global growth and deeper, direct relationships with consumers, coupled with our financial strength and operational capabilities, will translate into long-term growth for the Skechers brand.”

Nine Months 2020 Financial Results
For the first nine months, sales decreased 15.9 percent, reflecting the impact of the global pandemic on its businesses worldwide.

Gross margins decreased 60 basis points to 47.1 percent due to lower international gross margins as a result of higher promotional activity.

Balance Sheet
At quarter-end, cash, cash equivalents and investments totaled $1.50 billion, an increase of $468.2 million, or 45.4 percent from December 31, 2019, and an increase of $478.1 million, or 46.8 percent, over September 30, 2019. The increase primarily reflects the drawdown of $490.0 million from the company’s senior unsecured credit facility in the first quarter.

Total inventory was $1.05 billion, a decrease of $16.5 million or 1.5 percent from December 31, 2019, and an increase of $163.0 million or 18.3 percent over September 30, 2019. The higher year-over-year inventory levels primarily reflect growth in its international markets, particularly in China for the upcoming Single’s Day holiday.

Outlook
The company is not providing further financial guidance at this time given the ongoing business disruption and substantial uncertainty surrounding the impact of the pandemic on its business globally.