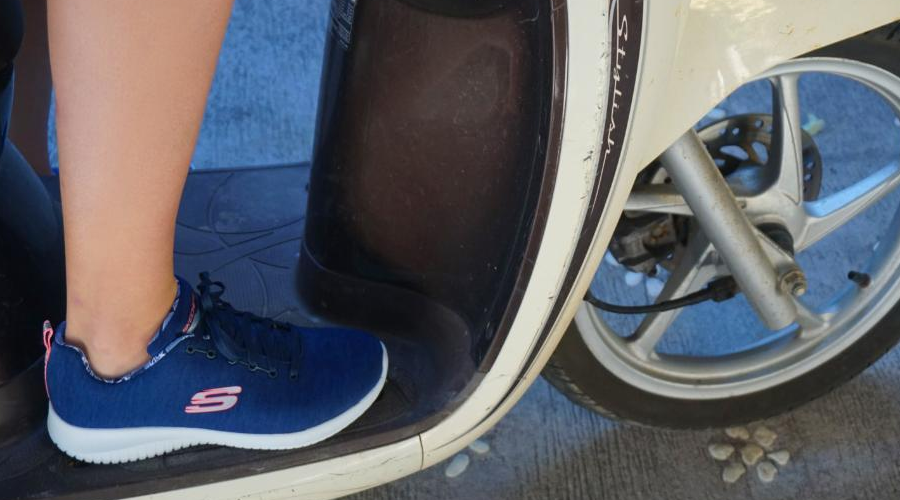 Skechers USA Inc. reported second-quarter sales handily exceeded expectations due to double-digit growth at its own retail stores and internationally. Earnings, however, came below targets.

When it reported first-quarter results on April 20, Skechers said it expected to achieve net sales in the range of $950 million to $975 million and earnings per share between 42 and 47 cents. The projection assumed  flat to slightly positive sales increases in the company’s domestic wholesale business, and increases in its international business and company-owned retail stores.

“Second quarter net sales exceeded our expectations setting another record quarter, and making the first half of 2017 a new record with sales surpassing $2 billion,” began David Weinberg, chief operating officer and chief financial officer. “The growth came across our three distribution channels—with double-digit increases in our company-owned global Skechers retail business, and each of our international distributor, subsidiary and joint venture businesses, as well as a mid-single-digit increase in our domestic wholesale business. Further, in the second quarter of 2017 in our domestic wholesale business, we shipped 11.4 percent more pairs while our average price per pair decreased 4.5 percent.”

Second quarter selling expenses increased $24.0 million to $100.0 million, or 9.7 percent of sales, compared to $76.0 million, or 8.7 percent of sales, in the second quarter of the prior year. The increase was primarily due to increased domestic advertising of $5.2 million, additional international advertising expenses of $6.4 million, primarily to support the growth in its European subsidiaries as well as increases in Japan and South Korea, and an additional $4.2 million in selling commissions from its joint venture in South Korea.

General and administrative expenses for the second quarter increased $62.1 million to $305.3 million, or 29.8 percent of sales, compared to $243.2 million, or 27.7 percent of sales, in the second quarter of the prior year. The year-over-year quarterly increase was primarily due to Skechers’ focus on long-term global growth, including $22.3 million associated with the company’s 68 additional domestic and international retail stores—31 of which were opened in the second quarter, and $26.2 million to support its international growth, of which $16.9 million was due to increased costs in China, $3.6 million for the transition of its South Korean distributor to a joint venture, and $2.4 million in Japan. Domestic wholesale general and administrative expenses in the second quarter increased $13.5 million year-over-year primarily due to increased headcount in the United States to support its brand worldwide, as well as the expansion into new categories and brands.

Weinberg added: “Investing in our brand and business is critical for both our short-term and long-term growth initiatives. This is evident in both the expansion of our company-owned global retail business, which had the highest net sales dollar and percentage gain, followed by our international wholesale business. Given the increases in our international business, which for the first six months represented 48 percent of our total business, we believe the greatest opportunity for expansion is internationally, and we are investing in our infrastructure and marketing to support this progress.”

Net earnings decreased 19.7 percent to $59.5 million, and diluted net earnings per share were 38 cents a share. The company’s quarterly effective tax rate in the second quarter was 16.1 percent compared to 12.7 percent over the second quarter of 2016. The company expects its effective tax rate to be between 14 percent and 19 percent for fiscal 2017.

Robert Greenberg, Skechers chief executive officer, commented: “Twenty-five years ago in May, we founded Skechers with a single line of men’s boots available in the United States. Within a year, we were shipping to several international markets, and planning expansion into women’s and kids. We’ve come a very long way in a relatively short period of time—including our present position in the United States as the leader in walking, work, casual and comfort footwear, and second in all of footwear combined, and a leading brand in numerous countries around the world. Our domestic and international growth in the quarter and in recent years was the result of our continued focus on developing innovative, comfortable and stylish footwear; determination to build the brand through marketing; investment in operations and logistics for the present and future; and the dedication of our highly talented and creative team.”

Greenberg continued: “Domestically in the second quarter, we introduced a key new product, You by Skechers, delivered more of our heritage footwear collections, experienced strong sales in our sandal business, and saw continued strength in our kids’ lighted footwear. In the international markets, we achieved double-digit growth in many countries worldwide—including Germany, Chile, India, China, and Australia. Along with delivering strong product for men, women and kids to our wholesale partners, our international success was due to the expansion of Skechers retail stores around the world, which now includes 1,870 international stores of which 1,691 are third-party-owned locations. At quarter end, our total Skechers retail store count was 2,305, and included the opening of several key locations—Tokyo’s popular Shibuya district, the new Century City Mall in Los Angeles, a super store in Ontario Mills in Southern California, a store in New York’s SoHo, among others—and the relocation of our store on San Francisco’s Powell Street, which now has a much larger sales floor and better visibility. Based on our global meetings in May and June, and our on-going domestic key account meetings at our corporate offices, plus our July sell-throughs, we believe that the record sales we experienced in the first six months will continue in the second half.”

Total inventory, including inventory in transit, was $669.7 million, an increase of $79.0 million or 13.4 percent over June 30, 2016, and a decrease of $30.8 million or 4.4 percent over December 31, 2016. The increase over last year was primarily due to the company’s growth worldwide and is in line with the company’s backlogs, and growing retail and international wholesale business.

Weinberg continued: “We ended the quarter with our three business channels showing continued growth, and low double-digit increases in backlog on a worldwide basis. With the investments we have made in our business globally, and our strong cash and inventory position as well as new product initiatives we are delivering, we believe we are well positioned for continued growth in the second half, and in the coming year.”

Based on these key indicators, the company believes it will achieve net sales in the third quarter in the range of $1.050 billion to $1.075 billion, which would represent a third quarter sales record, and earnings per share of $0.42 to $0.47. This projection includes flat sales increases in the company’s domestic wholesale business, and double-digit increases in its international wholesale business, and its global company-owned retail stores.

The company expects its capital expenditures for the remainder of 2017 to be approximately $35.0 million to $40.0 million, which includes corporate office upgrades and an additional 35 to 40 company-owned retail store openings and several store remodels.