Skechers USA, Inc. announced that the company is transitioning its business in Japan from a third-party distributor to the new wholly owned subsidiary, Skechers Japan, G.K. With plans to double its business in Japan over the next three to five years, the company will make a full-scale entry into the market starting from the 2012 Autumn/Winter collection of performance and lifestyle footwear for men, women and children.

The broader assortment, which will be supported by high-profile marketing campaigns and new Skechers retail stores across the country, will include the Company's flagship performance lines Skechers GOrun and Skechers GOwalk footwear; an expanded offering of men's and women's lifestyle footwear; and popular kids' collections that have established Skechers as America's top kids' lifestyle brand with character-driven lines Bella Ballerina, Twinkle Toes, Luminators and Z-Strap.

“Japan has historically been one of our biggest distribution outlets, so we have a clear sense of the potential for our brand in this country,” said Michael Greenberg, president of Skechers. “Our new subsidiary's goal is simple and specific: to employ all the strategies that have made us a billion-dollar brand around the world, and to tailor them in every way that will excite, educate and build demand. We see Japan as one of the world's most coveted markets, and look forward to realizing the impact that our direct subsidiary presence can have on Japanese consumers.”

“I've watched Skechers for a number of years in the footwear industry, and its potential has been very clear — from its bold, fashionable collections to its impressive marketing,” said Iwasaki. “I am excited to oversee this new chapter of one of America's most popular lifestyle brands as it enters the performance industry in Japan — and to launch collections that have been embraced by the athletes and celebrities, and will soon be available for Japanese consumers.”

“Hiro has a genuine foothold in the industry — firsthand experience with global athletic brands, and a deep understanding of how to translate them to Japan's consumers,” added Marvin Bernstein, managing partner of Skechers S.a.r.l. “Our brand is known for its high-profile advertising and marketing, such as airing one of this year's most popular commercials during America's biggest advertising platform, the Super Bowl. This is the kind of attention we intend to inject into our new business in Japan.”

With international business currently comprising 30 percent of its total sales, Skechers offers thousands of styles designed for every age and activity, from athletic performance footwear to sport and casual lifestyle product. The company's global product ambassadors include TV host Brooke Burke as the face of Skechers' fitness and lifestyle looks for women, and elite runner Meb Keflezighi, who won the U.S. Olympic Trials and will compete on the U.S. Olympic Marathon team in Skechers GOrun footwear.

China Cracks Down on Golf Counterfeits 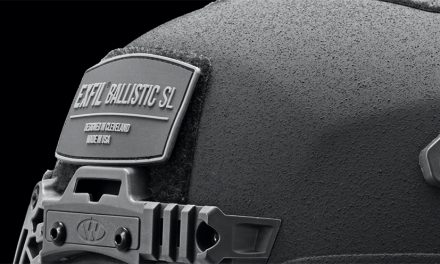 Team Wendy To Be Acquired By Avon Rubber