Skechers Firing On All Cylinders in Third Quarter…

Skechers USA, Inc. posted its 15th consecutive quarterly sales growth
in the third quarter with both sales and net income coming in higher
than earlier guidance. The discontinuation of a pair of the companys
fashion lines ate into gross margins, but the bottom line still grew at
a double-digit rate. At quarter-end, the companys backlog was up in
the double-digits even without the discontinued lines, though the
addition of Zoo York footwear likely worked to offset some of that.

Net sales jumped 19.3% to $395.0 million from $331.1 million for last
years third quarter. The company saw 14% sales growth in its domestic
wholesale division led by double-digit improvements in the Skechers
men's, women's and kids' lines, as well as in men's and women's Marc
Ecko footwear. Pairs shipped increased 15% or approximately $1.5
million in the U.S.

The international subsidiary business saw 46% sales growth, led by
strong improvements in two of the companys largest subsidiaries, the
United Kingdom and Canada. The U.K. posted triple-digit growth in the
quarter, while France was up 70%. The company said it saw “double-digit
quarter-over-quarter growth in nearly every subsidiary” on a quarterly
conference call with analysts. International wholesale sales increased
by “more than 35%.”

Skechers retail sales were up 21% in the quarter, marking the 17th
consecutive quarter of double-digit sales increases. At quarter-end,
the company had 178 owned and operated stores, with 163 in the U.S.
Domestic retail store sales increased 21% for the quarter on a
mid-singles comp increase and an increase of 31 stores, eight of which
opened in the third quarter. International retail sales grew by “more
than 20%” due to double-digit comps in “virtually every region” and an
increase of three stores. The company opened five stores in Q4-to-date
and plans to open eight more before the end of the year.

Gross margins decreased 70 basis points to 43.5% of net sales compared
to 44.2% of net sales in Q3 of last year as a result of the companys
closing of its Michelle K footwear and Kitson apparel and footwear
lines. Third quarter net earnings were $24.7 million, up 11.5% from
$22.2 million in the third quarter of the prior year. Q3 diluted
earnings per share were 53 cents, compared to 49 cents last year. 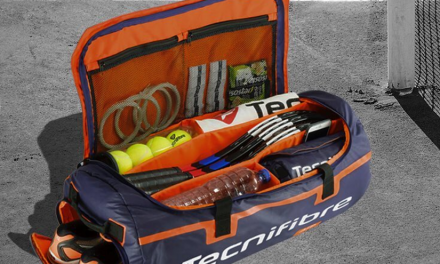