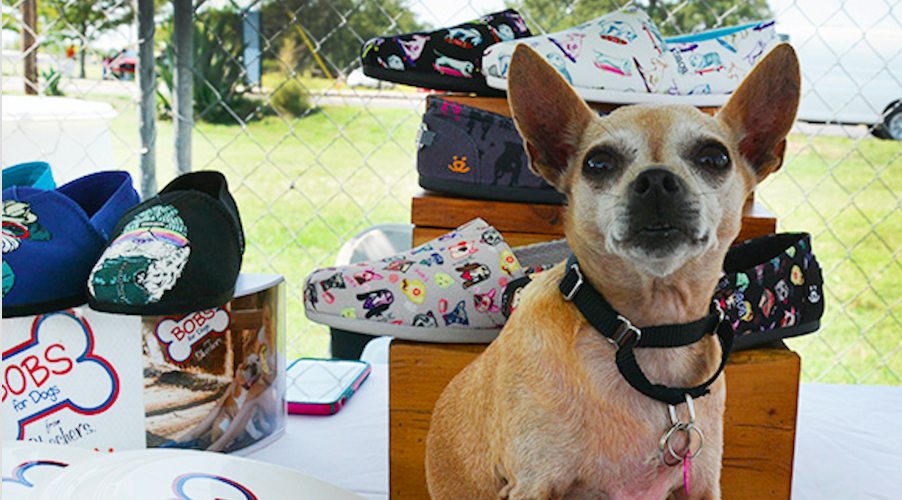 Skechers said that through the philanthropic Bobs from Skechers and Bobs for Dogs collections, Skechers helped 583,000 shelter pets in the U.S., including saving the lives of more than 241,000 animals nationwide through the company’s $3 million donation to Best Friends Animal Society.

The Best Friends Animal Society is the only national animal welfare organization dedicated exclusively to ending the killing of dogs and cats in America’s shelters.

“It’s been incredibly gratifying to establish the Bobs collections as a beloved part of our brand,” said Michael Greenberg, president of Skechers. “Bobs for Dogs is very personal for us; many of our employees have rescued dogs, with some through Best Friends directly. It’s wonderful to see that we haven’t just created styles that people love to wear, but that these shoes, and now our Bobs apparel, are having a very real impact on the hundreds of thousands of animals who have left shelters across the country for loving homes.”

Along with saving the lives of shelter animals, Best Friends has used Skechers’ contributions to find forever homes for 5,490 pets at Skechers-sponsored Super Adoption events; spay and neuter 328,000 pets; transfer more than 25,000 shelter animals to Best Friends’ regional programs and help nearly 12,000 kittens at its nurseries. The company’s funds have also supported the organization’s efforts in Los Angeles, currently on track to become the nation’s largest no-kill city in 2018; helped launch its first Pet Adoption Center in New York and maintain its Utah sanctuary which houses more than 1,600 animals. Bobs for Dogs’ wide-ranging Best Friends initiatives have included a limited edition co-branded footwear collection and a Bobs Roving Rescue bus to help transport shelter pets to their forever homes.

For each pair of specially packaged Bobs from Skechers shoes and Bobs T-shirts sold online and in retail stores throughout the United States, 25 cents is donated to Best Friends to help save shelter animals’ lives across the country.