Sierra Trading Post announced the grand opening of a new retail location in Reno, NV. The store's grand opening is set for Sept. 10 & 11.

In a statement, Sierra Trading Post said it acquired the new 31,500-square-foot store in July 2010. The move was prompted in part by the company's expansion into sporting goods this year. The new space is 6,500 square feet larger than the current Sierra Trading Post store in Reno, and features higher ceilings and a more streamlined design. Other tenants of the up-and-coming shopping center on South Virginia Street include Whole Foods and Pier 1 Imports.

“We've spent the past year really focusing on how to make our new store as customer-friendly as possible,” says Mark Dobrowolski, director of retail operations for Sierra Trading Post. “With the added square footage and smart design, we're going to be able to provide our customers with a very inviting way to shop their favorite brands.”

“The common thread between Sierra Trading Post and Whole Foods is our mutual commitment to our customers' lifestyle,” says Matt Holmes, principal for Retail West of San Francisco, owners of the Whole Foods center. “In other words, birds of a feather flock together.”

In anticipation of the grand opening, Sierra Trading Post will close its current store next to the former Mervyn's site in South Reno. The company has called that location home for 10 years. 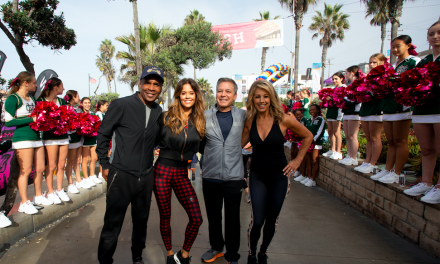