SIA: Season Shaping Up to One of Best Ever

Sales through the end of November at specialty ski and snowboard shops were up 7.1 percent in dollars compared to the same time period last season. In dollars, that translates to $533 million in sales compared to $498 million in 2001 and $496 million in 2000. In addition, unit sales were tracking 10.1 percent ahead of last year due to aggressive pricing.

“The season is off to a great start. As long as it keeps snowing and there is inventory to sell, the season will be one of the best for the snow sports industry yet,” said Julie Lynch, Director of Market Research for SnowSports Industries America (SIA), the not-for-profit industry trade group that represents manufacturers and distributors of snow sports products.

Alpine ski sales were down 6.9 percent to $56.8 million, excluding systems. Although, all alpine ski prices fell overall from $302 (through the end of November 2001) to $276 this season. According to Jim Spring of Leisure Trends Group, the research firm that prepares the Retail Audit for SIA, “The story developing in the specialty business is ski system sales (up 66 percent in dollars). The average retail selling price dropped from $706 to $601 and ski system unit sales gained 95 percent.”

Midfat skis continue to be the volume leader with unit sales up 14.9 percent which is helping to make up for the $36 decline in average selling price from last fall. Fat skis are up 187 percent and twin-tips 33 percent in dollars. Carver unit sales continue to plunge but there is no price erosion ($361). In addition, junior skis are off and running at this point in the season, selling more units than carve skis.

Snowboard sales were down slightly to 0.6 percent or $35.5 million. However, units were up 5.5 percent. “The economy is not helping the snowboard business,” according to Spring, “Unemployment of young adults in the workforce and a scarcity of jobs for teens has helped dry-up a lot of discretionary income for this cohort.” Freeride is the board of choice, outselling all other categories in units. Carry-over boards sold really well in the beginning of the season, up 38.3 percent in dollars. Snowboard boot sales were up 0.7 percent ($20.3 million) and snowboard bindings were up 2.3 percent ($16.3 million). Non step-in bindings are the choice for almost all riders, selling six times more than step-in bindings.

According to Spring, “Pent-up demand, the cooler weather, and something new (softshell) all combined to breathe real life into the alpine apparel market. Every top category is up.” Apparel tops were tracking 15.5 percent ahead of last season in dollars to $95 million. Insulated parkas are hot this year, up 39.1 percent with all categories, mens, womens, and juniors seeing double digit percent increases in dollars. The word is out on soft shell parkas up 102 percent, with an average selling price above all other tops at $199. Juniors are buying shell parkas up 122 percent since last season. Vest units are up nearly 60 percent at $133 retail. In addition, fleece tops and sweaters are riding high. Sweaters are selling for $105 each and dollars are up 25 percent. One thing is clear in alpine tops, inventory is lean.

Bottoms sell when snow is on the ground. They are up 15.6 percent in dollars to $25.4 million. Junior bottoms are outselling all adult categories in units. Insulated waist and soft shell are both selling briskly, up 60 percent and 50 percent, respectively. Only fleece bottoms and bibs are down.

Accessories are Climbing Back After 2001

Equipment accessories were up 7.0 percent in dollars tracking at $71.5 million. Leading the increase are goggles, auto racks and helmets. What has happened with snow decks? Early sales are off by 42 percent in units.
Apparel accessories are seeing double digit gains, ahead 16.7 percent to $63.4 million in dollars. The bright spots were sales of gloves, socks, base layers, turtlenecks and headwear.

The SIA Retail Audit tracks and reports sales in all snow sports product categories. This is the first of six reports that will look at sales through March 31, 2002, the end of the winter season. 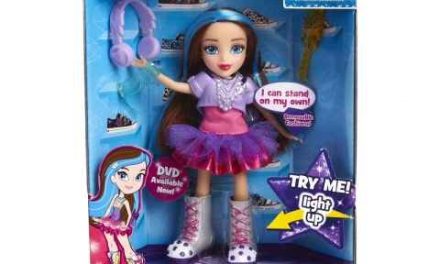