SIA's Board of Directors also voted to not increase booth space fees for the 2013 SIA Snow Show, which represents seven years of booth fees remaining the same.

“After this season's less than stellar snowfall, it's encouraging to see our industry continue to stay positive and look to the future. Selling out booth space this far in advance certainly speaks to the relevance of the Snow Show and its importance to the entire snow sports community,” commented SIA's Chair, Tim Petrick.

The 2013 SIA Snow Show is scheduled for January 31-February 3, 2013 at the Colorado Convention Center in Denver and expects to draw thousands of attendees including suppliers, retailers, reps, athletes and professionals from the snow sports industry. SIA's On-Snow Demo/Ski-Ride Fest will follow the Snow Show at Winter Park Resort and Devil's Thumb Ranch from February 4-5, 2013.

“The great thing about the SIA Snow Show is that you get to see entire lines as well as browse for things that may fill gaps. Comparing sales statistics and products regionally is great, but it's even better to hear what people on the other side of the Mississippi are saying. I feel by going to Denver you get a true sense of the over-all industry vibe,” commented Breg Culver, owner of Sliders Snowboard Shop based in Colden, NY.

The SIA Snow Show consistently provides the most authentic and relevant show experience for the snow sports industry. In fact, 94 percent of exhibitors and 96 percent of retailers surveyed this year met their objectives at the SIA Show. The SIA Show floor presented 96 percent of the supplier snow sports market share with 80.7 percent of the industry's retail buying power (a 3 percent increase over 2011) in attendance to see the latest in snow. The 2012 Show included 334,640 net square feet, 470 exhibitors, 927 brands as well as over 1,000 television, radio, newspaper and online journalists covering the new products, events, appearances, concerts and parties that happen only during the SIA Snow Show.

“The SIA Snow Show is a resounding success for our company; it's the perfect blend of business, fun, and snowboarding.  The positive vibe that emanated from this year's Show has come around full circle with SIA selling out this early,” added Dan Sullivan, Director of Sales, Rome Snowboards.

“The Snow Show is really the only place where all the companies bring together their infrastructure for the industry to meet and discuss pending issues, future ideas, problems, solutions, etc,” said Andrew Shaw, rep for Marker Volkl USA, Baffin Polar Proven, Bern Unlimited, Seirus Innovations, Superfeet, and Under Armour.

During the two-days of the On-Snow Demo/Ski-Ride Fest, snow sports retailers and media test out gear and accessories previewed at the Show including ski, snowboard, Nordic, AT, and backcountry products while other attendees get time on the slopes/trails and hang with industry friends. The Demo is hosted in-conjunction with the Western Winter Sports Reps Association's (WWSRA) Rocky Mountain Demo and in partnership with Cross Country Ski Areas Association (CCSAA).

For updates on events, seminars and general information regarding next year's Snow Show and On-Snow Demo, please visit siasnowshow.com. 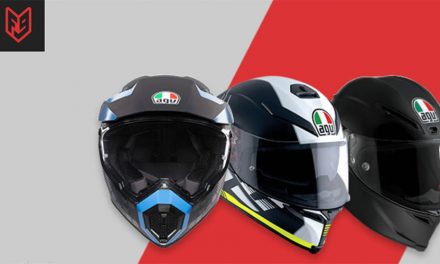