The gross profit margin for the first quarter was 29% compared to 30%a year earlier. As a percentage of sales, the merchandise margin decreased 0.8% and buying, distribution and occupancy costs increased 0.2%. The decrease in merchandise margin as a percentage of sales was primarily related to the pressure on margins resulting from the current competitive retail environment.

“We anticipated a challenging economic environment going into 2008 and worked diligently to face this challenge through tight inventory and expense control,” said Mark Lemond, chief executive officer and president. “Our merchandising group kept inventories flat on a per store basis when compared to the end of the first quarter of 2007. Seasonal product sales were disappointing, particularly in the sandals and opened up dress shoe categories. Our management team did a commendable job controlling selling, general and administrative expenses during the quarter. These expenses were flat on a dollar basis year over year, despite ending the first quarter with fifteen more stores than the prior year.”

“We anticipate the challenging economic environment will continue to impact our targeted moderate income consumer in 2008. As a result, we will continue to plan and execute our business in a conservative manner and our merchandising group is more focused than ever on reducing inventory levels in weaker performing footwear categories.”

Currently, the company expects to open 22 to 25 new stores in fiscal 2008 and close nine stores. The two stores opened during the first quarter included locations in Washington, MO, and Collierville, TN. 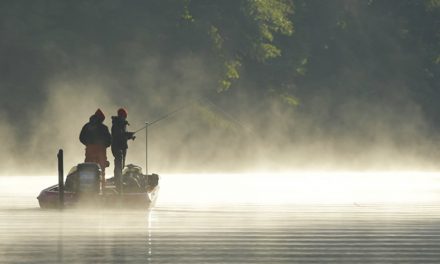