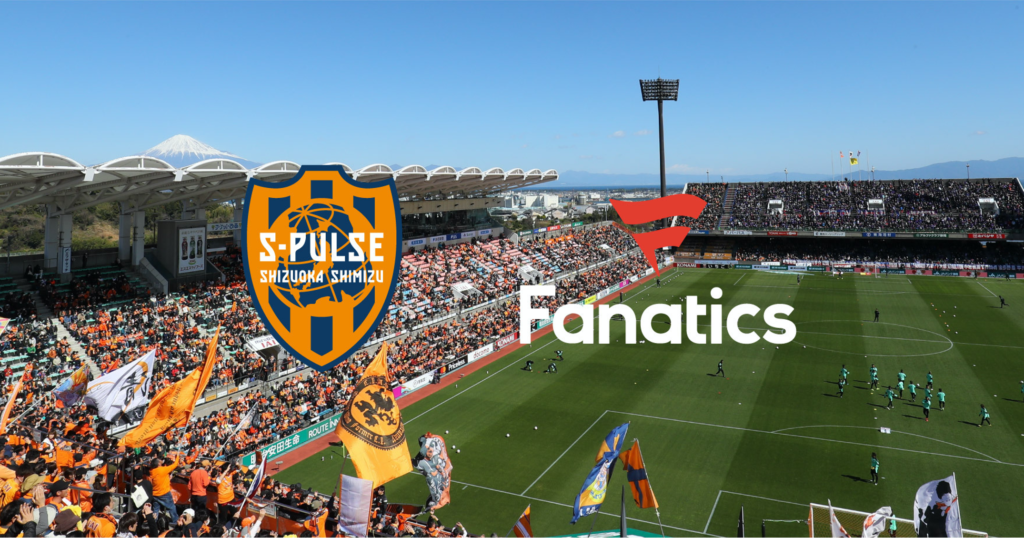 Fanatics has signed a 10-year strategic partnership with Shimizu S-Pulse. The Tokyo-based J. League club becomes the first football club in Asia to sign up with Fanatics.

Fanatics has an increasing presence in Japan with the company also partnering with several Japanese baseball clubs including the Japan Series Champions, the Fukuoka Softbank Hawks, which won its fourth championship in a row last month.

Speaking about the announcement, Shinya Yamamuro, president and CEO of Shimizu S-Pulse, said: “We are very pleased to be able to sit alongside major sports teams in the United States and Europe and partner with Fanatics, which has achieved great results. We believe that collaboration with this company, a group of sports marketing and technology professionals, will be a major turning point for our club merchandising.”

Masanori Kawana, managing director of East Asia at Fanatics, said: “We are very honored to announce our partnership with Shimizu S-Pulse who is well known as one of the most traditional clubs in Japan. We partner with big clubs such as Paris Saint-Germain, Manchester United and Bayern Munich, who won this year’s UEFA Champions League and many clubs in the United States. However, this initiative with S-Pulse will be the first collaboration with a soccer club in Asia, and we are incredibly happy to begin this partnership with them.”