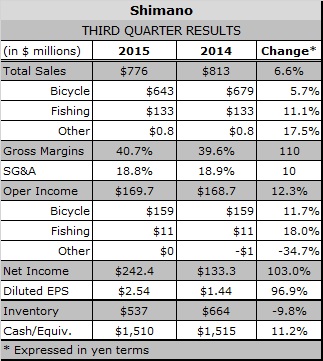 Shimano Inc. raised its earnings guidance significantly for 2015 saying the weak yen that accounted for the overwhelming bulk of its profit gains in the third quarter has become entrenched.

The Japanese company reported that while operating income grew by ¥2 billion ($17 million), or 12.3 percent in the third quarter ended Sept. 30, ordinary income, which also includes foreign currency gains, jumped by ¥15.3 billion ($132 million), or 79.9 percent to ¥34.4 billion ($296 million). That resulted in net income more than doubling to ¥28.2 billion ($242 million) on a 6.6 percent increase in net sales. Shimano did not provide currency-neutral figures for the period.

While Shimano did not break out currency gains for the quarter, they accounted for 92 percent, or about $155 million, of the ordinary income gains in the nine months ended Sept. 30.

While Shimano's sales were somewhat lower in Europe than the year earlier quarter, retail sales of e-bikes remained brisk. Distributor inventories remained at “the appropriate level” in both Europe and North America. 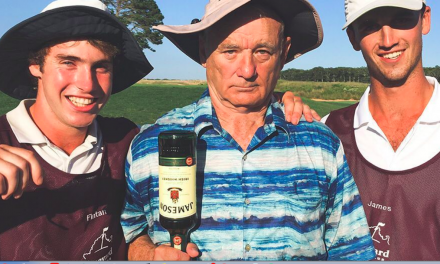 Terramar Sports Donates $500,000 in Base Layers to Goodwill Industries