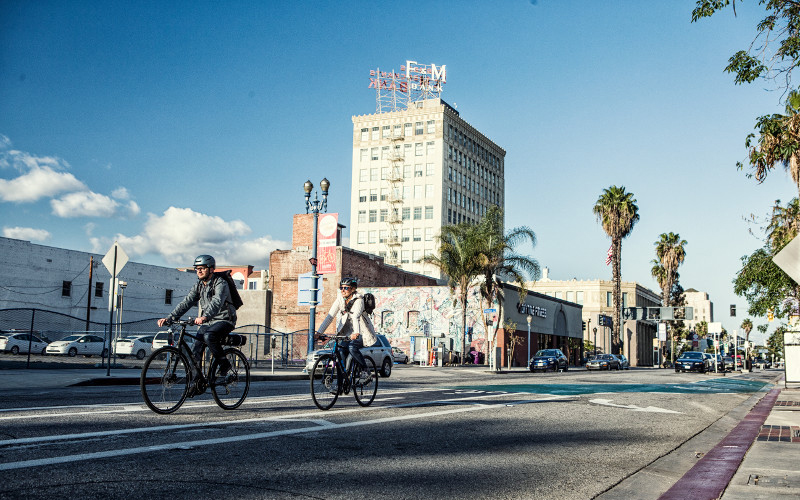 Brands, retailers and cities gear up for a new generation of cycling.

While the biking world’s commuter culture has deep roots in many European countries, its identity in the U.S. has a stronger foothold in athletics.

“We’ve done a good job as an industry as a sport and sufferfest,” said Haibike USA Director of Sales Ken Miner. “The rest of the world sees the bike as a lifestyle product and for transportation. The U.S. market is coming around.”

Pockets of two-wheel commuting, multi-day tours and all-around bike culture have developed over the past decade in specific U.S. regions like Minneapolis, Seattle, Portland and Denver with the help of bike lanes, signage, education, bike sharing and bike-friendly public transit. Plus, the burgeoning of hybrid café/bike shops.

For growth to continue, governments will need to continue budget allocation toward building out infrastructure, officials said.  “It’s a tough situation, because infrastructure builds more cyclists. The safety factor of being separated from cars is the biggest barrier,” said Aaron Abrams, senior product manager at Marin.

Potential growth goes hand-in-hand with consumer demand. As the industry gathers in Las Vegas this week for the annual Interbike trade show, here are a few areas where the bike industry is building momentum. 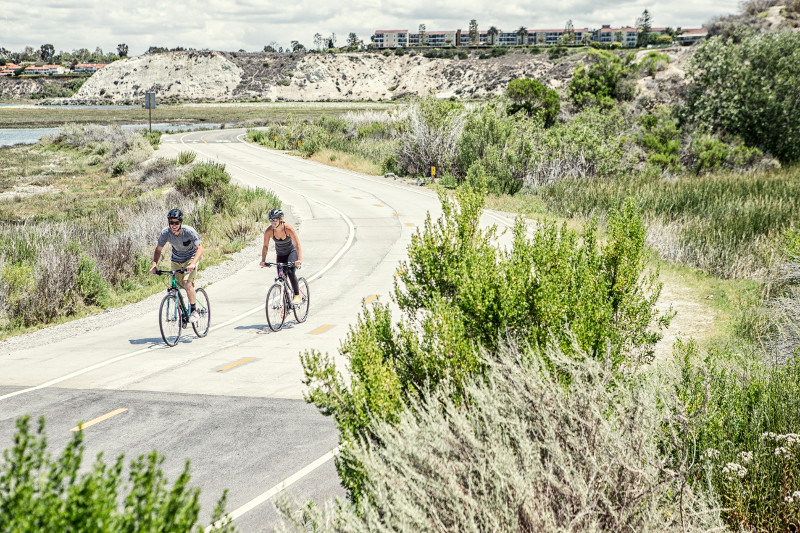 Healthy E-bike Life
E-bikes are in high demand overseas, where they’ve been popularized over the past decade. In Europe’s Germanic regions, 15 percent of all bikes sold are electric, which is close to 40 percent of dollars spent in the market, Abrams said.

While U.S. sales are steady across bike segments, the e-bike category is (finally) experiencing an uptick here, which may be attributable to entry-level participants pedaling into the scene.

“When you go from zero to something you watch a huge percentage increase,” said GT Product Director Todd Seplavy. “As for the real potential, I don’t think anyone can actually put their finger on it — it’s too early to tell — but there’s a buzz. In Europe, though, manufacturers are asking for more e-bikes, quickly.”

Five years ago, electric bikes were clunky, lugging electric-drive systems that were practically strapped on. Nowadays, the models are sleeker and innovated from the ground up with integrated technology, explained Outrider Founder Tom Ausherman.

The designs are also more ergonomic than traditional bikes. Recumbent versions, for example, allow bikers to recline, which can be safer and more comfortable for aging or injured riders. 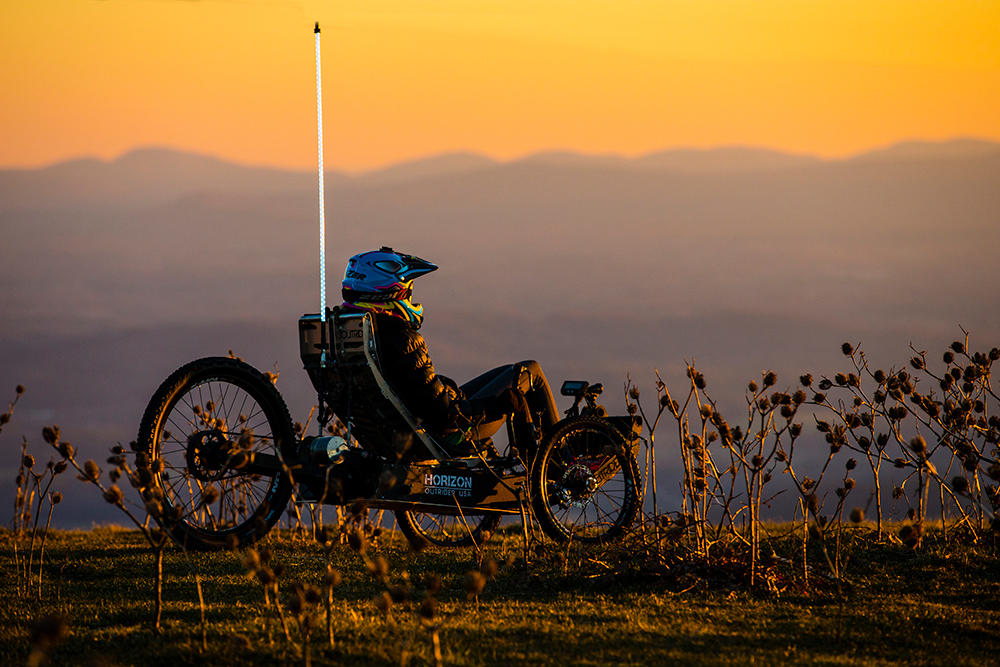 One holdback: a general negative stigma surrounding e-bikes still exists in the U.S. Traditionalists commonly think that because an electric motor helps to propel a biker forward, she or he isn’t getting as much exercise as on a non-powered bike.

True, an e-biker’s heart rate won’t be as high compared to pedaling a regular bike; however, the accumulative minutes spent in the saddle can significantly improve overall health and fitness, according to a 2016 University of Colorado, Boulder study that was published in the European Journal of Applied Physiology.

The incentives for folks to jump on an e-bike are enticing. It’s “fun,” according to the University of Colorado test’s subjects, and requires less time than a regular bike commute, so people opt to use it more frequently than they might a regular bike.

Electric rides may not be the golden ticket for seasoned or competitive athletes, but they can be a bridge for folks who don’t have a track record of exercise. The aforementioned study found that 20 sedentary volunteers rode to work at least three times a week (a 40-minute commute each day) for one month.

The results? Each person’s average heart rate reached 75 percent of its max during activity. Regardless of motor assistance, the riders experienced easy to moderate levels of exercise — enough to improve aerobic fitness, blood sugar control and decrease body fat, according to the lab results.

Culturally and politically, the conversation regarding electric bikes is just getting started. 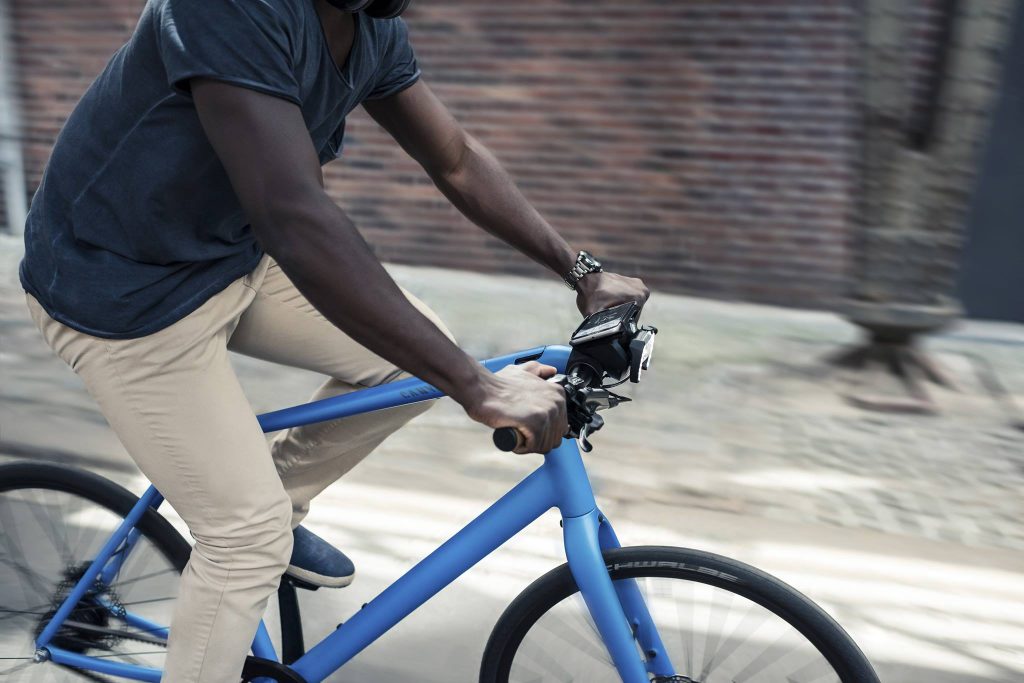 “We are still figuring out a lot of legislation and laws about e-bikes, and that will shape the way that they grow,” said Abrams, and outlined one aspect of the debate. “Electric bikes being ridden off road; how does that play with cycling rights? Are e-bikes truly classified as a motorized vehicle, or are they a bicycle, because riders are still pedaling and it’s assisting them?”

As e-road and mountain frames become more popular, the regulations and guidelines regarding where those bikes are permissible will evolve as well.

Approaching the issue from another angle, Haibike will broaden its reach by debuting a new kids e-bike.

Niche Evolution
New designs have adopted a Goldilocks approach, searching for that just-right rendition. Five years ago, 26-inch wheels were the norm for mountain bikes. Then 29-inchers took steam, followed by 27.5-inch versions. But 26.5- and 29.5-inch rims need to be available, too, for both hardtail and full-suspension rides.

“We continue to see niche-ification — we’re not making the pizza bigger, we’re divvying it up into lots and lots of smaller pieces,” GT’s Seplavy said, citing the ping-pong development of wheel circumferences.

Design iterations are becoming even more specialized, and the bike market offers a wider range of bike products than ever before. The industry is home to 2,000 companies involved in manufacturing and distributing cycling products to retailers, and nearly 150 bicycle brand names, according to the most recent 2015 National Bicycle Dealers Association Industry Overview. 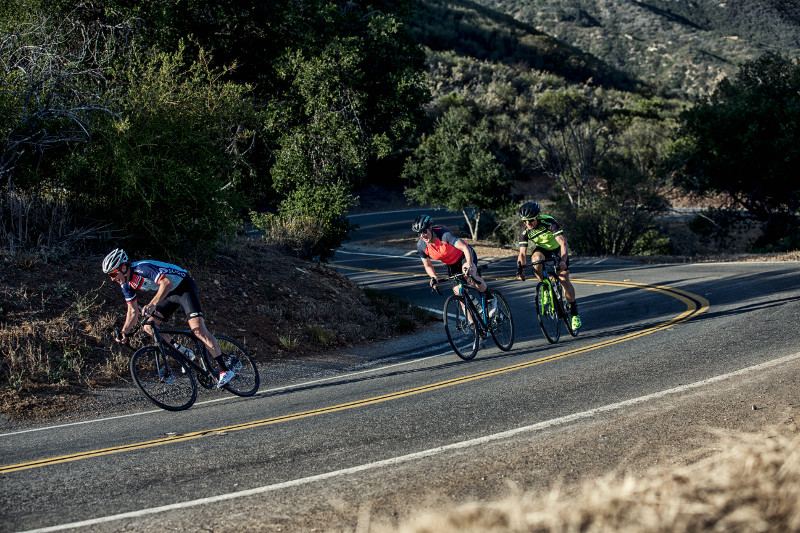 “On the consumer side, the world is their oyster. They can get any variation of bike imaginable — or, if they wait six months or a year, the bike industry will figure out a way to make it,” Seplavy said. “But, it’s a bottleneck on the backside.” Challenges include the limitations of retailers’ floor space and a forecast that’s leapt from 14 to 24 models; it’s a lot of products for employees to juggle.

Electric Empowerment
Beyond electric bikes, innovative electronic components continue to surface, too. Historically, adaptive electric bikes (electric bikes with modifications such as seating or controls) have been functionally dependent on a tandem arrangement.

One person with ability would ride with another of disability, in order to control the bike, not necessarily to power the bike. Now, with electronically controlled input devices — such as a chin joystick or head gyroscope — a disabled or injured individual is enabled to ride independently.

“That mechanical control opens up a world of possibility … it’s exciting and goes beyond strength problems. From the adaptive perspective, it solves control problems and helps people to be able to ride safely,” Outrider’s Ausherman said.

In another window, Haibike celebrates electric connectivity with a new commuter bike featuring a Cobi system. Now bikers can use their phone while on the roll to play music, take calls, check the weather and track their path. 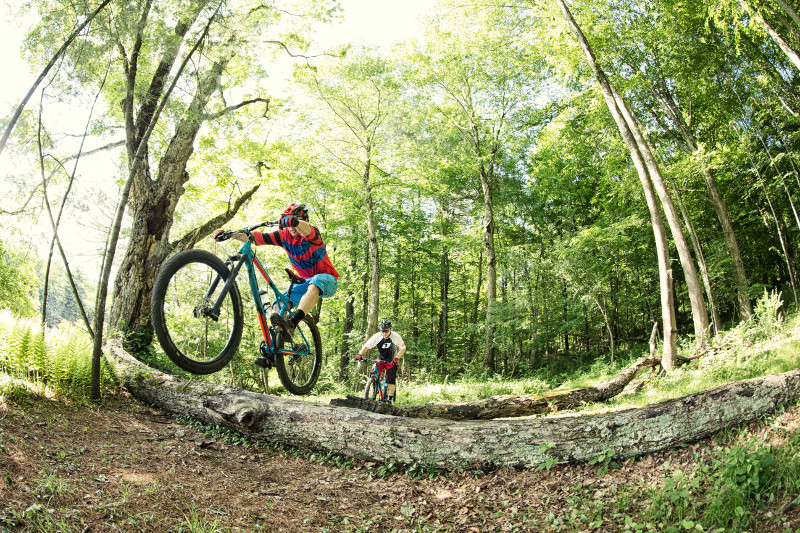 Growing Groms
An estimated 36 million American kids, age seven and up — “groms” in biking slang — hopped on a bike at least six times in 2015. That number, tracked by the National Sporting Goods Association, is up slightly from the year prior. The birds-eye view has been flat for the past decade.

Teaching kids how to ride a bike hinges on guidance from their parents and community. In Connecticut, where Seplavy lives, for example, the school district doesn’t allow the kids to bike to school, due to liability issues related to theft and safety concerns about accidents or collisions. Instead, Seplavy ventures to dirt trails to ride bikes with the family.

One youth segment charged with big potential is mountain biking.

“I’ve been going to Whistler — the Disneyland for mountain bikers — for at least one week annually for 14 years,” Seplavy said. “The number of 12-year-old kids on that hill, riding bikes — jumping stuff bigger than I would safely jump — has grown like crazy. Five years ago, it wasn’t happening,” said Seplavy, and attributed the growth in part to the National Interscholastic Cycling Association.

Before long, new kids will be steering their wheels down singletrack or through their home neighborhood, and doing so safely. As long as they’re encouraged.