While some kids become coach potatoes due to preoccupation with digital devices, video games or TV, many are increasingly led there due to frustrations finding their way onto the playing field.

The event also explored the burgeoning opportunities the industry is seeing with the overall athleisure and health & fitness trends as well as the stubborn challenges around phys. ed. funding. Other panels delved into many issues facing all retail, including how technological advances are waylaying the way business has been traditionally done.

But the fact that youth sports has become overly “serious” was given extra attention, given its side-effect result of driving up high obesity rates among kids.

“I think there’s more pressure on kids to commit to a particular sport at an earlier age,” remarked Goodell. His twin daughters, who are 14, were encouraged to commit to playing lacrosse all year round but wound up deciding to play multiple sports. Although he left the decision up to his daughters, Goodell’s in favor of kids playing multiple sports and believes a greater emphasis needs to be placed on accessibility and having fun.

“All of us believe the more active you are, the more you learn life lessons that will stay with you for a lifetime,” said Goodell. “I worry so much about putting pressure in kids that if you don’t commit to a sport by 4th grade or 5th grade, you’re out of luck. There’s a lot of a pressure we’re putting on our kids, whether it’s coming from coaches, leagues or parents.”

Finch lamented that with tightening budgets, many schools are cutting physical education classes, which traditionally provided an introduction to sports for many kids. As a parent of a 9-year old, she also said her kids are being impacted by sports specialization. Her kids want to play different sports in each season but many coaches want them to play year-round and aren’t open to saving positions when they can play. Coaches don’t want “to open up that spot up and then close it again,” she noted.

Finch added that while the goal of specialization may be to gain scholarships and launch a professional career, less than 1 percent of high school athletes go on to play collegiate sports and far fewer play professionally. Said Finch, “The focus should be on those life lessons, building character, building that self confidence and determination, and benefiting from all those things you get from team sports. Unfortunately, the focus is on that small percentage.”

The panel agreed on the benefits of playing multiple sports in creating better all-round athletes and better preparing kids for life.

Goodell said of the 256 players drafted last year, only 32 did not play multiple sports. Of 128 first, second and third string quarterbacks in the league in a study completed a few years ago, 95 percent played two sports and 70 percent played three.

Said Goodell, “I think our scouts are looking for kids who have the athletic experience of multiple sports. They’re better athletes. They probably aren’t as close to the burnout issue you get an awful lot in playing some of these sports so much. And they’re also better prepared for their professional careers.”

On the positive side, the panelists agreed that sports are generally safer than they’ve ever been due to education efforts for parents, certification for coaches and other steps taken by many organizations.

Still, the panel appeared to agree with Tom Cove, president and CEO, SFIA, that many kids aren’t “winning the DNA lottery,” in being able to simultaneously excel at multiple sports. With the promise of a scholarship to offset ever-escalating college costs, parents were seen as under enormous pressure to encourage their kids to specialize at being best at one sport.

Goodell said it shouldn’t be what the parents or coach wants, but what the kid wants.

“You have to start with what the child wants in my view,” said Goodell. “They are people. If they want to play soccer all year round, good for them. I personally think they’d be a better soccer players if they play multiple sports. But I understand it. I also think the statistics tell you less than a percent are going to make it to the high level of sports. So they better be well rounded and prepared for life beyond sports because not many people make a living on sports.”

“I think it’s about balance,” said Finch. “it’s got to come from the kids. If you take the adults out of the equation, these kids are going to be out there playing some kind of ball and having a blast. And that’s what it’s got to get back to.”

Dr. Andrews believes that with sports specialization focusing so early on young athletes, the trend hurts the many “late bloomer who may very well be the best athletes in the end.” But he believes more support has to arrive for recreation, church and local high school leagues alongside the many road or travel leagues to provide play opportunities for kids at many skill levels.

Dr. Andrews stated, “A number of our kids can’t compete at the so-called elite level and they drop out and stop participating in sports. We need to open the doors and make sure everybody has an opportunity to participate at whatever level they can participate.”

The issues facing sports participation were complemented by an SFIA Increase Participation Plan (IPP) Update by leaders at SFIA and PHIT America, which explored the challenges surrounding the “inactivity pandemic.”

Jim Baugh, CEO and president, PHIT America, noted that inactivity among Americans continues to grow every year, reaching an all-time high of 82.7 million in 2014, according to the Physical Activity Council. Ten million children were found to be totally inactive with 33 million not active to health standards.

With an overall goal of making a million kids active by 2020, the IPP program was launched last year with a three-pronged focus around Go! Grants, supporting PHIT legislation and the many grassroots initiatives being pursued by PHIT America.

Besides making kids healthier, the initiative holds promise to help the country’s healthcare crisis and ultimately support the industry. Studies show that kid active in school are three times more likely to be active as adults.

GO! Grants, which provide school-based programs up to $5,000, were launched last year. Baugh said securing sponsors “was slower than expected” but applications came from 358 schools across 42 states. Ultimately, 20 sponsors signed on and $420,000 Go! Grants were handed out. Most impressively, the program, done in a partnership with Kids in the Game, had an initial goal of having an impact on 10,500 kids but wound up reaching over 50,000. With the help of sponsorships and donations, the cost of per child was reduced to $10 from an estimated $40.

Cove discussed ongoing progress on the PHIT (Personal Health Investment Today) Act. The pending bill allows Americans to use Pre-Tax Medical Accounts to pay for physical activity expenses. A big coup was the recent commitment by the National Sporting Goods Association (NSGA) of $100,000 to the PHIT Act lobbying coalition.

Another major score was securing pro-bono ads from BBDO Atlanta to raise awareness on the pending bill. One ad shows a bunch of manikins at a party and asks, “What kills more Americans than drugs and alcohol?” A couch then crashes on the manikins and soon the answer appears: “Inactivity….Pass the PHIT Act.”

Cove encouraged the industry to spread the ads via social media and other ways. He adds, “We are at a moment in time when we can make a huge difference and really change the culture of our country.”

For its part, PHIT America continues to push its grassroots advocacy efforts with a goal of educating parents. Later this year, a PHITpact Playtime app will launch that will enable parents to disconnect kids from using their apps if they haven’t exercised enough. In April, PHIT America plans to introduce a 30-minute documentary to educate parents on the issues. It’s set to run on network TV and be pushed through social media.

Baugh believes kids’ mobile-phone obsessions are hurting their interpersonal skills as well as keeping them unhealthy. He half-joked, “Google, Apple, Comcast – you can have them 22 hours a day; I want them two hours a day.”

Bob Puccini, chairman, SFIA and president, Mizuno USA, said that while the industry will clearly benefit from more active Americans, getting kids active will ultimately be vital for future generations.

“I come to you with this issue in three ways: as the chairman of the industry, as president of Mizuno USA and personally as a father and grandfather,” said Puccini. “Its genuine. And I really look it as: ‘If not it’s not us, then who’s going to do it.’ It’s in our hands.” 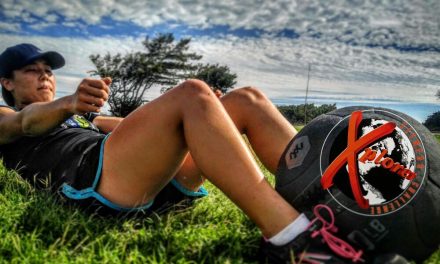 Think You Can Handle This 11-Hour Hawaiian Adventure Challenge? 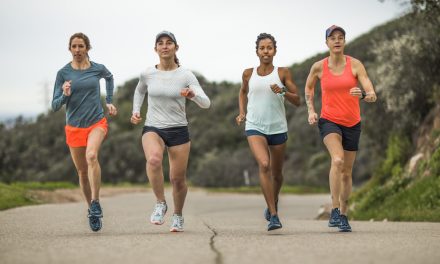 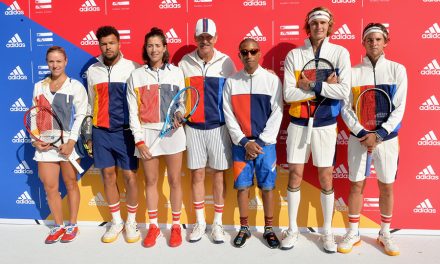