Consumer resiliency appears to be the theme for the month of September as the effects of Hurricanes Katrina and Rita and the resulting sharp rise in gasoline prices failed to have as strong a negative impact on retail sales results as expected for the month. The increase in gas prices may have even helped the wholesale club channel for the month as more consumers lined up for cheaper fuel.

Based on a monthly survey of 69 chain retailers conducted by the International Council of Shopping Centers, overall comp store sales results for September rose 4%, easily surpassing the ICSCs forecast of a 3% gain, and much better than the 2.4% posted in September last year, which was also impacted by hurricanes.

Comps were strongest in the Southeast, Northwest, Southwest, and Rocky Mountain/Great Plains areas.

d.e.m.o. same-store sales were driven by the continued strength of girl's, which was up in high-teens, offset by the continued weakness in guy's, which was improved from August, but still negative. Knit tops, capris, branded denim, shoes, and accessories continued to drive the girl's business. Guy's comps were strongest in polos and were most difficult in tees, wovens, and accessories.

The men's business was the strongest positive contributor for the month, but all other departments also had positive comps. ZUMZ ended the month with 158 stores.

The Buckle did have some impact from the hurricanes, attributing a 1.4% comp sales decrease to the storms. Total sales for the month increased 3.0% to $44.7 million from sales of $43.4 million in the year-ago period.

The company had 23 stores directly affected by hurricanes and incurred 153 full days of lost sales from the related store closings. The company estimates that these stores' closures negatively impacted September comparable store results by slightly less than 1.0%. Two stores were closed the entire month due to Hurricane Katrina and remain closed as restoration efforts continue.

Based on the ICSC data, overall footwear store comps were up just 0.7% for the month, with a 0.6% decline at Payless ShoeSource nearly offsetting the strong 6.5% increase at Shoe Carnival for the month. Shoe Carnival reported that sales for the five-week month increased 10.4% to $51.1 million from sales of $46.3 million for the year-ago period. Total footwear comps were up 6.6% and accessories were up low-single-digits.

The SportScanINFO data for the month of September revealed a stronger gain for athletic footwear compared to the back-to-school period results reported last week (SEW_0540).

The data indicated that the athletic apparel business was flat as the strong compression apparel category slowed to a mid-single-digit increase from a string of strong double-digit gains. Fleece was down in the high-teens and outerwear was down sharply.

In licensed apparel, jerseys were down in the low teens. Peyton Manning was the number one seller for the month. Total NFL sales went up sharply. NBA sales were down 50% for the month, but MLB sales were up sharply on strong end-of-season pennant races. NHL sales, which probably saw some lift from the start of the season, were down 25% for the month, but much improved from the 80%+ declines the league had been experiencing all year. In licensed accessories, caps were up in low-teens, led by New Eras NYY on-field cap. 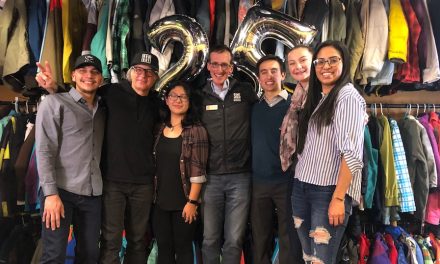