Sears Partners with NBA, WNBA in Support of Protege

As part of the partnership, a newly created NBA event called the Protege Basketball Block Party, will visit Kmart and Sears locations in eight cities, for a total of 32 events, this summer. In addition, Protege will host NBA FIT Clinics, to highlight the importance of a healthy lifestyle in an experiential basketball environment. Protege will utilize these fan experiences to promote its line of footwear to the broad and avid fan bases of the NBA, WNBA, and NBA Development League.

The addition of Protege to both Kmart's and Sears' footwear lineup supports the Sears Holdings commitment to offer customers exclusive brands and quality products at affordable prices. These free events champion Protege's “give back” mission to empower local communities and give basketball enthusiasts of all ages and income levels access to high-quality, stylish footwear just like the pros wear.

“The popularity of the Protege brand offering at Kmart, along with the success of our first experiential basketball event held this past February in Phoenix , convinced us to expand the “give back” concept to reach a wider audience,” said Nick Grayston, SVP and President of Footwear, Sears Holdings. “We're pleased to be able to offer the shoes to the Sears customer now. We're also pleased to be partnering with the NBA in hosting meaningful, grassroots events which promote a love of the game and enable kids to play.”

“We are pleased to announce this new partnership with Sears Holdings and launch this first-ever nationwide tour in support of the Protege brand of footwear,” said Mark Tatum, NBA Executive Vice President of Marketing Partnerships. “This program is another example of how we work with our partners to create exciting and interactive basketball activities that engage the dedicated fan bases of the NBA, WNBA, and NBA Development League.”

The Protege Basketball Block Party is a touring grassroots event that will make stops in eight cities, including Los Angeles, New York, Philadelphia, Baltimore, Atlanta, Miami, Detroit, and Chicago, and will be held on Saturdays and Sundays during the summer months. The NBA FIT Clinics presented by Protege basketball will take place during the weekdays.

The Protege Basketball Block Party is an 18-wheel, 53-foot show truck that transforms into a 4,500 square foot basketball playground. The event features free on-court and off-court interactive activities for fans of all ages including shooting contests, measure-up activities, basketball clinics, and appearances by some of basketball's biggest names, including current and former NBA, WNBA and NBA Development League players. In addition, Protege premiums will be distributed at the Block Party events. The Protege Basketball Block Party will be promoted to consumers through various marketing channels, including TV, radio, print and online content. Exclusive content will be posted to www.ProtegeMVP.com following each event. 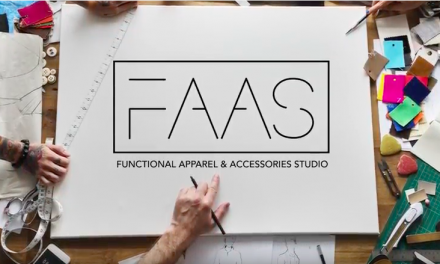