Perry Ellis International, Inc. said Standard & Poor's Ratings Services revised its outlook on the company to “stable,” reaffirmed its “B+” corporate credit rating and also raised the issue-level rating on the company's senior subordinated notes to “B.”

In its report dated July 22, 2010, Standard & Poor's stated that the revision was reflective of its “expectation that the company will continue to work on improving its margins and at least sustain its current credit metrics which are strong for its rating category.”

“We are pleased that our focus on improved operating performance, profitability and cash flows has been recognized by Standard & Poor's and that they have raised their outlook and issue level rating on our company. We feel our strategy of maximizing growth platforms and seeking out new, higher margin businesses will continue to position our company for consistent growth in the current fiscal year and beyond. Our ability to execute on this strategy during the first quarter of fiscal 2011 allowed us to post a significant increase in gross profit margin, more than double our first quarter earnings per share, and reduce our total net-debt-to-capitalization ratio to 30%, from 44% at the end of the first quarter last year,” commented George Feldenkreis, Chairman and CEO. 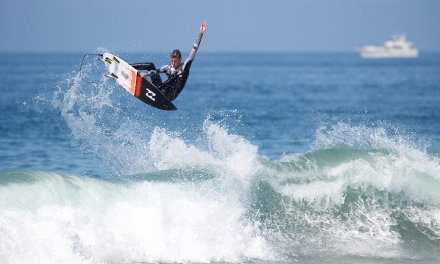