Hill joined Salomon in 2012 after gaining world-wide recognition for his Greg Hill 2 Mil campaign, in which he logged two million vertical feet ski-mountaineering in one year. Hill’s 24-hour record is 50 thousand vertical feet. This March, he is upping the ante.

For Hill to accomplish his goal, he must skin or climb an average of 984 feet (300 meters) every day over the course of the month. If he meets his March Madness Challenge he will be the first ski-mountaineer in history to travel this distance in one calendar month. “It will be a month of exploring and pounding vertical in difficult areas  nothing will be repeated,” Hill said. “And I won’t be wearing Lycra! This is about fat ski shredding north American style.”

While Hill is still finalizing all aspects of his challenge, he plans to ski-mountaineer 30 summits and complete a multi-day traverse. He will travel through the backcountry of British Columbia, Canada, near his home in Revelstoke. Hill’s gear consists of the Quest BC Lab ski and lightweight touring boots that are currently in the internal testing stage as part of Hill’s product development relationship with Salomon. Part of Hill’s March Madness Challenge includes on-slope beta reviewing and feedback on new products that will be released in the winter of 2015/16.

“Ski-mountaineering is a place where you can explore your own limit,” Hill says. “There’s a mental aspect and a physical side. It’s peaceful up there too.”

Once his challenge begins on March 1, 2014, followers can stay up-to-date with Hill on a daily basis through his social media channels and nightly blog entries.

Honduran Earthquake Looks to be ‘Non-Event’ 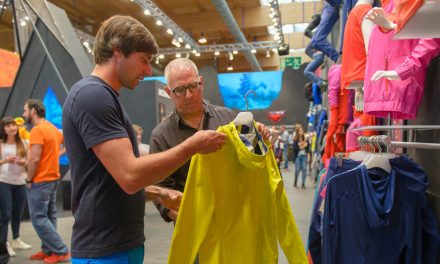