Holiday 2007 proved to be an up-and-down affair for the sporting goods market as the weeks between Thanksgiving and Christmas generally saw sales decreases, but the last two weeks of the period saw strong sales gains. This sales shift is likely indicative of a trend that will maintain itself as more gift buyers opt for gift cards, in turn holding those sales off until after the holiday.

Sports Retailers faired slightly better than the market as a whole during Holiday 2007 when looking at sales of Running Shoes. An overall weak market produced sluggish unit sales, but a healthy increase in average selling price created an increase in dollars sold. Sales shifted to the higher end of the price spectrum during the period. Running Shoes over-$90 sold through at a much quicker rate in both dollars and units than the category as a whole.

Asics and Adidas both had strong market share gains at Sports Retail in the over-$90 section of Running Shoes. Asics GT-2120 and Gel Kayano drove its improvement, while Adidas experienced a bump from its Megabounce product.

In the general market, Running Footwear was the most immune to the shocks the footwear market saw during the Holidays, with each week posting dollar sales gains over the year-ago period. However, during the between Thanksgiving and Christmas lull, unit sales decreased, while dollar sales barely maintained the positive trend.

With the wheeled footwear trend dead in the water and the low profile and canvas trends appearing to have peaked, the coming retail year looks hard pressed for a new athletic fashion statement. Nike and Under Armour are both hoping that freshness will come from the Cross Training segment, but most likely, consumers will realize that one shoe that is good for everything is great for nothing. 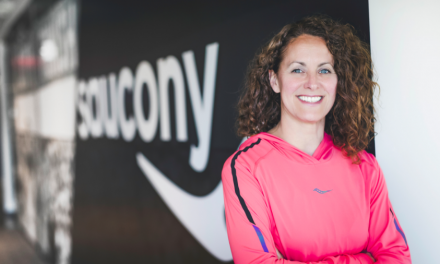