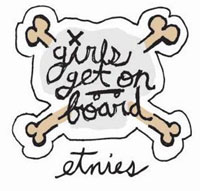 Royal Precision Inc. continues losing money, but the maker of golf club shafts and grips managed to cut its losses in the quarter ending Nov. 30 by almost two-thirds thanks to a 23% jump in sales.


The company, which employs about 200 people at its Migeon Avenue complex, said it lost $707,000, or 6 cents per share, during its second fiscal quarter, ended Nov. 30. However, it’s a noted improvement from the $1.8 million, or 32 cents per share, it lost during the same period a year earlier.


Royal Precision said its quarterly sales jumped more than $1 million, from $4.5 million to $5.5 million, with net sales of its shafts, which have higher profit margins than grips, surging by nearly 26 percent. Company officials could not be reached for comment, but in the company’s quarterly report filed with the U.S. Securities and Exchange Commission, they attributed the increase to successful sales and marketing efforts.


The company also said its selling, general and administrative costs came in more than $1.1 million less than last year, when it paid out $887,000 in connection with its restructuring, which consolidated operations from Arizona into its Torrington manufacturing plant. The company also managed to trim $96,000 from its sales and marketing budget, yet still boost sales, the filing said.


Despite the improvements from a year ago, it’s the sixth straight quarterly loss for Royal Precision, which lost more than $12 million during its last fiscal year. The company has struggled amid a weak economy and lower demand for high-end sports and leisure products.


As part of an effort to reposition the company, a group of Royal Precision directors and major shareholders plans to buy the publicly traded firm and turn it into a private one. In a deal expected to happen early next month, Royal Associates Inc. will pay 10 cents per share, or about $160,000, to buy the remaining 1.6 million shares of Royal Precision’s outstanding publicly traded stock that they dont already own.


That group holds more than 80 percent of Royal Precision’s 12.7 million shares of stock, and plans to vote those shares in favor of the plan. Such a move, the company has said, would allow for more flexible management, eliminate the costs of being a publicly traded company, clear the way for long-term restructuring of debt and assure suppliers and customers the financially struggling company has a long-term and viable future.


The company’s shares, which trade on the over-the-counter “bulletin board” under the ticker symbol RIFL.OB, closed unchanged at 9 cents Wednesday. The shares have traded around a dime since September, when Royal Associates cut its per-share offer from 37 cents to 10 cents.