Ross Stores, Inc. reported sales increased 24% to $388 million for the four week period ended August 27, 2005, compared $312 million in sales for the year-ago period. Comparable store sales for the same period increased 13% versus an 8% decline in the prior year.

Michael Balmuth, vice chairman, president and chief executive officer, stated, “Same store sales in August were better than expected, benefiting from continued strength in the back-to-school businesses of Juniors and Shoes. The best performing markets during the month were Florida and the Southwest. We are also pleased that most of the higher-than-planned business during August was driven by full-margin sales, as markdowns were in line with expectations.”

“Looking ahead, we are optimistic about meeting our current forecasts for comparable store sales gains of 6% to 7% and 3% to 4%, respectively, in September and October,” Mr. Balmuth said. “However, we also are conducting an annual chain-wide physical inventory in all stores during the third quarter, the first such inventory since September 2004. Considering the system and distribution issues we have experienced during the last year, we believe it is prudent to defer any updates to our earnings guidance until this inventory is complete and results become available at the end of the quarter.” 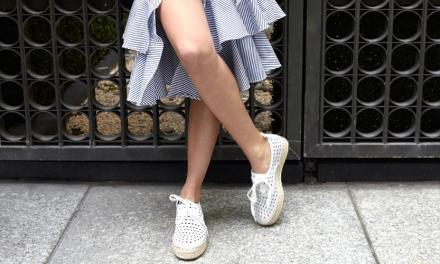