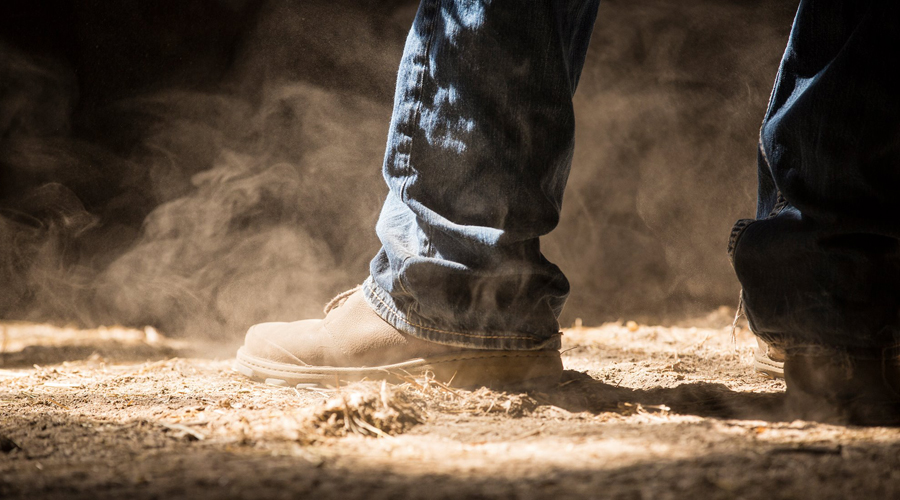 Rocky Brands Inc. (Nasdaq:RCKY) reported higher sales but a lower profit in the third quarter, in part due to previously mentioned restructuring charges. The boot manufacturer’s execs indicated that inventory levels, which had been inflated due to last year’s warm winter, began to normalize in the third quarter and at-once orders are finally picking up.

As a result, the decline in wholesale sales moderated meaningfully from earlier in the year.

“The impact of last winter’s warm weather lingered longer than expected,” admitted Mike Brooks, interim CEO, on an October 25 conference call with analysts. “The sluggish retail environment during the first half of 2016 made it difficult for our retail partners to clear through their entire excess inventory.”

In September, Brooks, who is also chairman and served as Rocky Brands’ CEO from 1991 to 2011, replaced David Sharp, who had been president and CEO since July 2011.

“We are pleased with our improvement to top-line trends; however, the selling environment for our core work, western and hunting product lines remains challenging,” Brooks said. “The growth of e-commerce continues to negatively impact store traffic while, at the same time, it has led to more competitive pricing across the industry.”

Among categories in its wholesale segment, work grew low single digits in the quarter, driven by a pickup at Georgia Boot. Western was up slightly versus a year ago, led by Durango, while hunting was down double digits as the category “continues its slow rebound after a very warm winter,” said Jim McDonald, Rocky’s CFO.

Commercial military sales, which are within the wholesale category and separate from its contract military segment, increased by mid-teen percentages on the strength of its S2V boot and the new C7 Lightweight trainer.

At Creative Recreation, an upscale sneaker brand, sales were down year over year and below expectations. McDonald said Creative Recreation’s sales are still being held back by a reluctance by retailers to take on additional inventory until the current environment for footwear and apparel shows some improvement.

The latest quarter included a one-time pre-tax charge of $1.2 million, or 10 cents per share, associated with previously announced reorganization activities. As reported in August, the charges covered layoffs at its corporate office, a reorganization of its sales force and steps to improve manufacturing efficiencies, expected to lead to $3.6 million in annualized expense savings.

The bottom line was also impacted by a 460-basis-point drop in gross margin (27 percent of sales) to the ramp-up in production capabilities to meet the increased military footwear demand. Margins were also impacted by the higher proportion of military segment sales, which carry lower initial gross margins than wholesale and retail segments. SG&A expenses were reduced to 24.2 percent of sales from 27.5 percent due to a reduction in advertising expenses, lower salaries and lower variable expenses associated with the decrease in wholesale sales. Excluding the reorganizational charges, income from operations was down 31 percent to $2 million.

Beyond the reorganization efforts, Brooks said Rocky continues to extend its reach into less-weather-dependent casual footwear to better balance the company’s business in the current challenging climate. These efforts included its 2013 acquisition of Creative Recreation and the development of its 4EurSole line. Brooks expects the signing of musician Nick Jonas as Creative Recreation’s ambassador, a role that includes his own collection, will bring “some excitement” to the brand. Prices for Creative Recreation are also being lowered to attract a wider audience. Rocky invested in new machinery and new labor at its Puerto Rican facility in order to capitalize on current strong demand for military footwear, a category that also isn’t as dependent on weather.

Asked about the search for a new CEO, Brooks said the company already has a “number of strong candidates,” and will be looking both inside and outside the company. But he said the board is in “no rush” and the search will likely take four to seven months to make sure the right successor is found.

“I love this company; I love this facility. It’s my hometown, it’s my legacy,” said Brooks. “We’ve got to find the right person to lead this company forward and we will.”