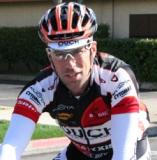 Cyclist Tim Johnson departed Boston Friday morning to begin the second annual 520-mile Ride on Washington to advocate for continued funding for bike paths, sidewalks and other pedestrian and cycling infrastructure in the federal transportation bill.

The five-day event is an invitational bike ride for 20 riders that covers a span of 520 miles beginning in Boston and making stops in Hartford, New York City, Philadelphia and Baltimore before ending at the National Bike Summit in Washington D.C. The ride is being sponsor by SRAM.
The ride brings together advocates, industry leaders, and racing clubs at nightly receptions in each host city in an effort to raise local awareness about national bike initiatives. The event also aims to create discussion and attention around the social and health benefits of bicycling.

The ride comes as a vote nears in the full House of Representatives on their version of the next multi-year Transportation bill. Some leading members of the House continue to push to eliminate key bike programs. A version of the bill approved by the U.S. Senate earlier this week restored funding for the Recreational Trails Program, which includes funding for rails to trails, mountain biking, greenway and other cycling paths.
“SRAM stands behind the mission of Bikes Belong and it has never been more important,” said David Zimberoff, global marketing director at SRAM. “With federal funding for bicycling in danger, and the U.S. facing continuing health crises, it is vital that cycling be a solution that is accessible to as many people as possible. We are honored to be part of an event that raises awareness for the crucial work of national advocacy groups like Bikes Belong.”

Cyclocross superstar Tim Johnson created the Ride on Washington after first attending the National Bike Summit in 2010. In 2011, he recruited seven riders to pedal from Boston to Washington, and scores of additional riders joined in along the way. New this year, Tim is encouraging the general public to join the last five miles of the ride in street wear, with no spandex required, to the National Bike Summit on Capital Bikeshare bikes.
“Our sponsors are an integral part of the Tim Johnson’s Ride on Washington and they help to raise awareness about the importance of bicycling across the nation,” said Bruno Maier, vice president of Bikes Belong. “We are grateful to SRAM for its commitment, as this event draws attention to critical bicycling issues that need attention now.”
Other major sponsors of the event include Bicycling magazine, Cannondale, CatEye, Firefly Bicycles, Fuji Bicycles, Mad Alchemy and Red Bull. 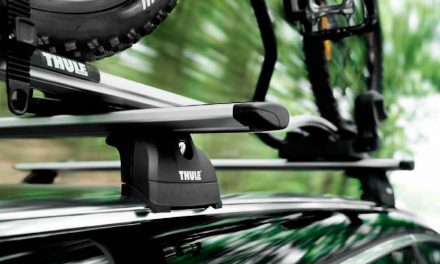