Improved gross profit as a percent of sales at 41.4 percent compared to 34.7 percent in the equivalent quarter last year.

On a consolidated basis for the first half, the company reported:

Cash and short-term investments of $36.2 million compared to $45.6 million one year ago;

Consolidated inventory of $18.9 million, comprised of footwear inventory of $12.5 million, or about $3.6 million less than in the comparable period of fiscal 2011; and $6.4 million in inventory related to the accessories businesses acquired last year; and

“We achieved our first-half performance and profit objectives, despite a demanding retail environment during the key Christmas selling season,” said Greg Tunney, president and chief executive officer. “Footwear, which is the largest component of our business and heavily tied to Christmas selling, fully met our revenue and profit expectations for the first half. We also benefitted from the accretive nature and richer margins of our accessories business units, which performed as we had planned.”

“Strong consolidated operating results in the first half have continued to validate our evolving business model,” added Jose Ibarra, senior vice president finance and chief financial officer. “Increased revenues, gross profit, operating margins and cash generation all reflect the benefit of the changes made to our operating model. Our financial strength continues to grow. Less than 12 months after acquiring our two accessories business units, we have returned to a positive net cash position. The quality and level of our consolidated inventories at the half is properly aligned to support our revenue expectations for the remainder of fiscal 2012.”

Tunney added, “We have successfully refocused our core business on the Dearfoams brand and fully integrated the Foot Petals and baggallini acquisitions made last year. We have now reinitiated our search for accessories category businesses that can help us achieve our long-term growth and profitability objectives. We have both the financial structure and business discipline to identify and acquire brands that will allow us to continue our evolution into a leading year-round provider of a variety of functional and fashionable accessories category products.” 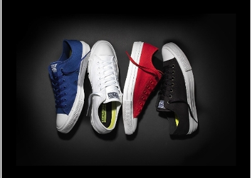